Noctis comes to FFBE as a One-Man Swiss Army Knife, his skillset is the most expansive of any character so far, and while he may not be the most powerful he’s easily the most versatile. Noctis brings so much to any team he’s on he will probably be a permanent character on any team until 7-Star units get released in the distant future. Remember, any game content can be beaten without having certain characters, but having Noctis by your side will make it that much easier.

Noctis brings along these notable active abilities (there are a lot):

• Warp Break (Physical damage (2.5x) with ignore DEF (40%) and decrease ATK/DEF (30%) for 3 turns to one enemy), physical break on a hard hitting attack
• Comeback (Revive one KO’d ally (100% HP)), Full-Raise with a different name
• Warp Decoy (Negate 3 damage taken for 3 turns to caster), for when you want to survive Ultima and not cast Guard
• Thunder Flask (Lightning hybrid damage (4x) and reduce DEF/SPR (30%) for 3 turns to all enemies), AoE defense break, yes please
• Blizzard Flask (Ice hybrid damage (4x) and stop (30%) to all enemies), this skill makes Noctis the arena boss right now, no skills stop Stop
• Fire Flask (Fire hybrid damage (4x) and random 2 status ailments (30%) to all enemies), the other reason why you don’t want to face Noctis in arena. AoE petrify? Ouch!
• Point-Warp (Physical damage (3x) with jump delay (1 turn) to one enemy and recover HP (2000) and MP (135) to caster), self-heal, mana regen and physical damage all in one
• Link (Physical damage (1x) to one enemy and increase ATK/MAG (30%) for 3 turns to all allies), party buff and physical attack in one
• Cover (Heal (1000HP, 10x) and refresh (10MP, 0.2x) per turn over 3 turns to all allies), party HP and MP heal
• Fish (Increase likeliness of being targeted (100%) for 1 turn to caster), provoke in a pinch
• Blindside (Physical damage (2.1x) to one enemy), Noctis’s out of the box attack

Along with these notable passives (also a large list):

As you can see not only is Noctis himself a force to be reckoned with, so is his Trust Master, Noctis himself may not be able to take advantage of Alterna to its fullest potential, but other units can (Exdeath), Alterna can also be double-casted, so it may as well just read “Win your current arena match this turn”.

Noctis is strong for sure, but understand, with the oncoming banners and unit enhancements this power level starts to become the norm. In this way Noctis reminds me of Lightning when she was first released, she became the standard bearer for a few months and has been slowly been pushed back and new units come out and power creep kicks in. Noctis was the start of a 2nd wave, which for global was very early, since Noctis was also released at the same on the Japanese version of FFBE which has other units that compete at his power level.

Verdict: Is Noctis Lightning Version 2.0? Yes. Is he super over-powered? Yes, in the same way Lightning once was. Will he always be the OMG world shattering unit that he is today? No. Soon Orlandu will be released which will be another unit on Noctis’s same power level and other units will be released after that that compete for the top spot. FFBE has power creep like any other game, Noctis is the best unit now, but if you don’t get him, just realize there will be other opportunities to get unit’s at his same power level. That being said, Happy Whaling!

Noctis is neutral to all elements and status ailments.

Noctis can equip 7 weapons and 6 armors

The prince of the Kingdom of Lucis, spoken of in stories from the faraway land of Eos. He set out from the capital with his three friends looking forward to his wedding which would guarantee peace with the Niflheim Empire.

Though he often acts brash in order to hide his shy and soft-spoken nature, he inherited his father’s compassion for others and is a truly kind person. He is particularly accepting of his friends, treating them as if they were part of his own family. 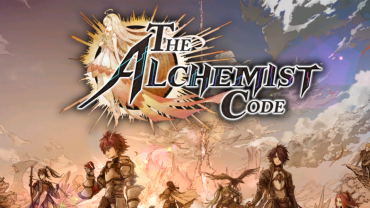