The fourth trial boss, Brachiosaur is the toughest boss yet! You’ll need a well-equipped team and a good strategy to take this blast from the past down. Brachiosaur makes quick work of the unprepared, so read the guide, get the gear and go get your Killer Bow!

Fighting Brachiosaur is a race against time. His amazingly high HP will make the battle go slow unless you have some serious DPS.  Bring along units that can cast Blizzaga. Celes is an MVP in this fight because she can both cast Blizzaga and her Sealing Blade can mitigate Ultima (but not meteor). Every turn Brachiosaur has a 20% chance to cast snort, if he takes out a unit before you get his HP ½ way down then it’s a good idea to give up and restart the battle. Since this fight is in the Farplane – Tower of Earth, the battle cost 0 energy, so restart it as many times as you need.

Brachiosaur gives you some leeway with team building since you can go with melee, caster, or with the release of the Icebrand Recipe, Team Edgar. Unlike Intangir or Demon Chimera, Brachiosaur doesn’t follow a strict attack pattern so team strategy is able to follow a more general approach.

On turn one you should focus on setting yourself up for the early game, so buff and debuff all you can, using Cheer and Full Break will set you up nicely for the next few turns, after that just focus on doing DPS. Melee characters should wear accessories that reduce their expose to blind, confuse, and sleep but make sure your healer has first dibs. Bring along units that can cast Blindna, or use Ramuh. Having a healer or a 2nd unit with Esuna will be critical as well.

As the turns go on just make sure to keep you units topped off, meteor hits like a truck. Having a 2nd unit with Cura will helpful for that as well. After Brachiosaur goes below 50% HP he will charge up for Ultima, unless you’re running a team of 6-Star unit then you should guard that turn unless you really need to cure some team members. Healer’s luckily though come equipped with enough spirit to be able to naturally defend from Ultima’s onslaught enough to survive even if they casted Curaja. If Brachiosaur snorts out a team member before 50% HP, then you should restart, or if he snorts out your healer with more than 10% HP that’s game over as well. Just remember this fight cost 0-energy, so restart it as many times as necessary.

On turn one you should focus on setting yourself up for the early game, so buff and debuff all you can, using Focus and Full Break will set you up nicely for the next few turns, after that just focus on doing DPS. If you’re lucky enough to have a Celes as your Caster/Support unit then you’ll be set to win easily enough since Celes can both add to Blizzaga chains, cast Focus and cast Sealing Blade, completely mitigating Ultima

Obviously you’ll need to remove debuffs and use Sealing Blade as needed, but this team should just focus on chaining Blizzaga until you win.

Team Edgar is better than Team Sabin and this is why. Chainsaw. This ability is amazingly over-powered, and by the way, if you get an Edgar don’t fuse them, Edgar x 5 is capable of cheesing end game content only in the Japanese version right now. For our Brachiosaur fight however, equip your Edgars with Icebrand and let the uber-pwnage begin.

This strategy works because Icebrand takes advantage of Brachiosaur’s elemental weakness to Ice and it’s on a unit that’s capable of creating crazy AOE elemental chains BY THEMSELF, throw in another caster to take advantage of a 15-elemental chain and its multiplier effect along with the extra damage from Brachiosaur’s negative ice resistance and watch Brachiosaur go down faster than the dinos in an ice age.

*If you have a 6-Star unit, awesome, you should use them, if not these are the best budget units.

Edgar (For his team only) 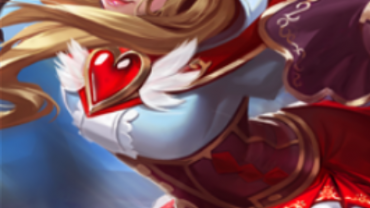