Hello everyone, and welcome to the guide for Might & Magic: Elemental Guardians. This guide is designed to help you understand the game mechanics and give some helpful gameplay tips. 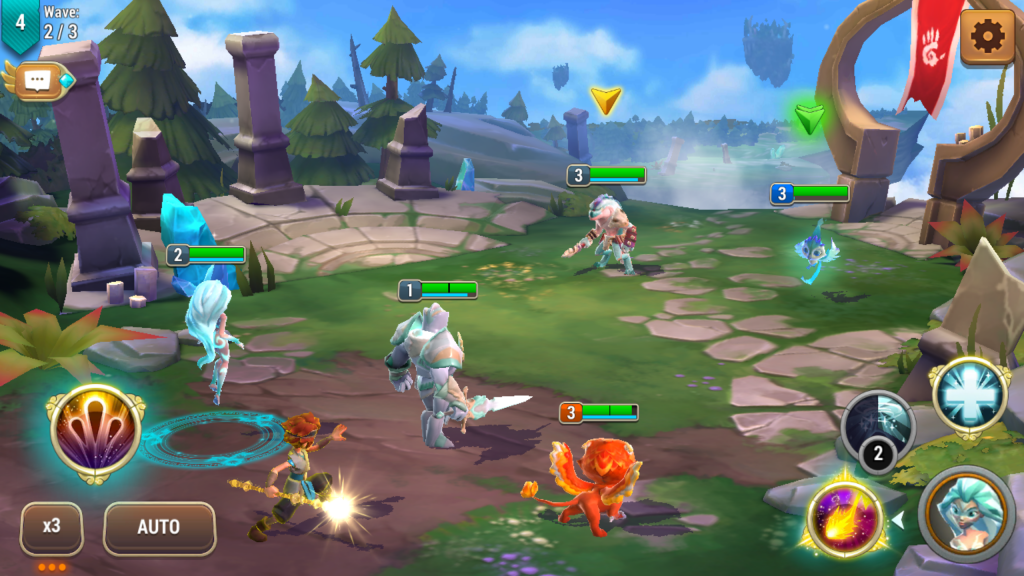 Might & Magic Elemental Guardians is a turned-based style monster collector game. You fight through waves of monsters in a classic turn-based RPG battle systems with monsters that you collect throughout the game.

It’s a lot like other mobile games of this genre but the name attached to it is what sets it apart. Might & Magic is a huge game series with decades of lore behind it and dozens of games on PC and other consoles.

The mobile game is based on the lore of the Might & Magic series so there are a lot of things that make it stand out among other monster collectors. The main thing would be its monsters in general and their designs.

The art style is charming adding a bit of a cartoon fantasy element to the way it looks. And each monster is designed uniquely to fit in this setting.

Like most other monster collectors the whole point of the game is to get as many as you can to fill up your collection. And by having so many they need to be different, and this game does that very well.

So the overall look of the game is appealing and gives a good draw to old and new fans of the series. The gameplay itself follows suit in terms of quality.

Being a turn-based game it follows a formula that most of the genre use. But they’ve added a few details from other game styles as well.

One of the most noticeable is the attack system in the game. Each monster in the game is given three attacks for them to utilize in battle.

Two main attacks and a super attack that deals heavier damage or stronger effects. In most games like this, you’re limited to two attacks so it’s nice to have the little extra bang.

For a turn-based game, it’s about as good as you can get for mobile standards. It runs well and looks great with each monster looking unique in design and acting differently in battle based on their roles. 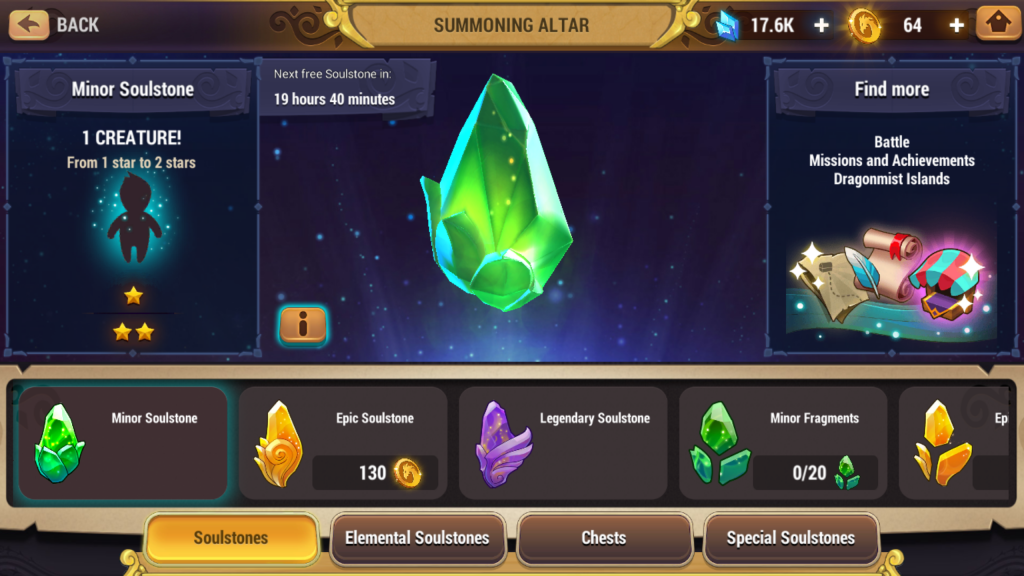 Being a collector game a large majority of Might & Magic will be spent collecting the monsters within it. And of course, you will be doing this by using character summons.

Like most mobile games out there the only way you can get monsters is to buy summons for them. In Might & Magic, this takes the form of Soulstones.

You can purchase Soulstones with gold in order to get a random monster. Gold can be obtained in many ways the easiest being using real money.

A great way is by utilizing the Dragon Utopia on the hub screen which gives you free gold and recharges for multiple uses. It’s slow but it builds up gold for free making it great for those who want to be purely free to play.

There is also free summons you can do once a day. So these are great to utilize as well to get some free characters and start building up your ranks.

As for the monsters themselves, there is a lot you can do when it comes to management. Monsters can be upgraded and equipped in order to make them stronger.

Equipment comes in the form of Glyphs which enhance different stats on the monster. These can be gotten pretty easily through battles in the Battle mode.

The real pull to the game is upgrading and evolving your monsters. By collecting enough of the required materials and crystals you can evolve your monster to their next form.

Some monsters range from only having one form they can evolve into while others have two. Evolution increases their stats, can alter their attacks, and most change their appearance.

Working up to Evolution is definitely the main goal throughout playing the game. So you’ll be spending a lot of time doing this as you progress and collect more monsters. 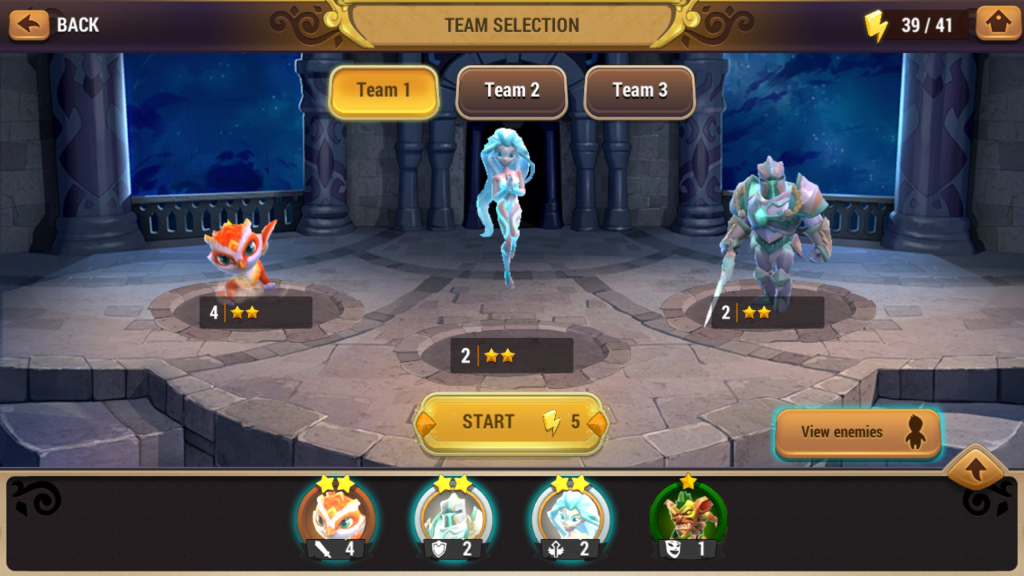 The biggest tip I can give for this game is knowing team composition. In the early game, it’s not that important and it will kind of be taught to you through gaining new monsters.

But once it starts getting more difficult it is important to build up your team to be strong together. Each monster has a role that defines their use in a battle.

There are a few different roles like Attacker, Defender, Support, etc. And having a well-balanced team is 100% the key to victory.

Supports are a must in late game because that gives you heals and buffs for your other roles. You always want some kind of Support monster and there are plenty.

Outside of active battle, you want to make sure you take advantage of all the timed freebies you are given. Gold at Dragon Utopia, Crystals at Crystal mine, the free daily monster summon.

And be sure to do all missions and achievements you can as you play. These are super helpful at getting XP, crystals, and Soulstone fragments to summon new monsters.