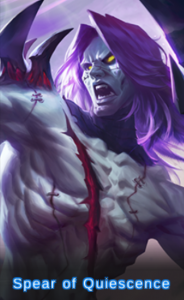 Moskov is a great Marksman character with good offense and poor durability. Another glass cannon so keep him from solo hero kills and focus on grouping.

Description: Moskovs basic attack can penetrate the targets and deal damage to enemies behind them. If the basic attack hits enemies successfully, the cooldown of Abyss Walker and Spear of Death will reduce by 0.7S.

Description: Moskov uses the power of shadow to teleport to the specified position, enhancing attacks penetration ability and increasing 30% of attack speed, for 3s.

Description: Moskov strikes at an enemy hero with full strength, deaing 140 pts of physical damage and knocking back the target. If the airborne target collides with another enemy hero, then both of them will receive 210 pts of physical damage and be stunned for 1s. If knocking into obstacles, the target will be stunned for 2s. The enemy thats hit by the skill cannot go into stealth for a short while.

Description: Moskov throws out the Spear of Destruction after powering up shortly, dealing 450 pts of physical damage to enemies along a straight line. For each enemy it hits, it will provide a buff of increasing 10 pts of attack power to Moskov, stacking up to 5 layers, lasting 5s. 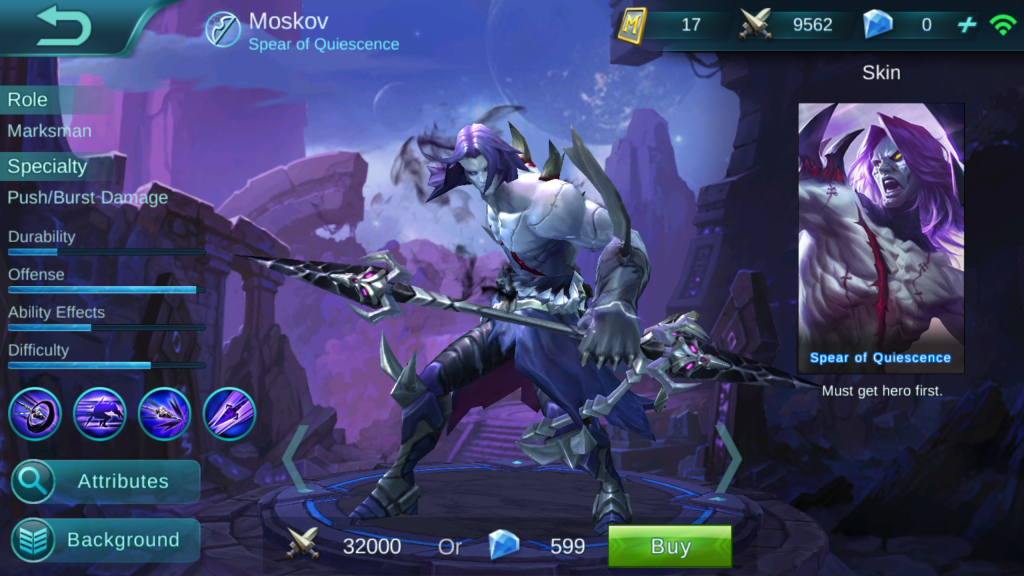 Moskov, shooting to fame during the Dhamu Tournament, was already a battle master at his youth. He inherited the family’s occult spear fighting skills, and as the next leader of the clan Wildsand, he was loved and respected by many. Watching Wildsand clan growing stronger day by day, the khan of Thornwolf which is the hegemony on Hietala Grassland couldn’t sit back any longer. one day when the youngsters of Wildsand went out hunting, he slaughtered the entire clan with his own people. The whole land was scorched by blazing flames of war. Blood flowed like stream, yet a slight warmth still remained on the bodies of died families and friends. Faced with this cruel vision, Moskov could not persuade himself to accept it. But even worse, khan dispatched a formidable cavalty trying to hunt down the Moskov’s hunting party which was the only survivors from the massacre. In a panic, some escaped and some wanted to surrender, and Moskov, for the very first time, lifted his spear and aimed at his own buddies. Suffering from this painful experience, Moskov became ruthless with a thought of revenge haunting him constantly. However, the khan was to strong to defeat. In order to obtain more power, Moskov chose to fall into the Abyss of Shadow and serve the Queen of Doom, becoming notorious as “The Spear of Quiescence” ever since. 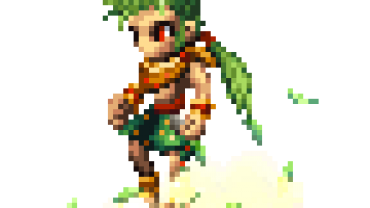