Soul Hunters has arrived and we’ve got a great Beginners guide with the tips and trick’s you will need to start your journey into the game world.

In Soul Hunters your party will consist of 5 different Hero units in 3 different combat positions. The front line (Tanks), middle line (Mages) and the back line (healers/archers etc). Heroes will be auto assigned to each position upon selection but your ideal team comp will always consist of one healer, a tank, and any number of high damage DPS.

To find individual Heroes go to your Heroes menu and scroll to the bottom. 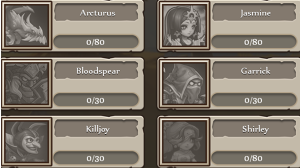 Tap on the Hero of choice and then tap on the respective stage to start it. Heroes range anywhere from 1 star to as high as 7 star when promoted. Below you will find a list of Heroes you should look into collecting based on the communities opinions on their strengths in their selected roles.

This list is based on Heroes near level 85-90 with 5 star ratings and maxed abilities. These are just some of the few hero options available and by no means are the end all of Hero choices.

Last hitting and Ultimate use and Damage details!

While playing Soul Hunters you might have noticed the “Last hit +300 Energy” text pop up upon killing a mob. This bonus energy goes to either the last hero to use an auto attack or a special ability. You can use this to your advantage occasionally by whittling down enemies to next to no health and using a heroes special to clean up all of the mobs! In some cases you may completely refresh your ultimate ability by doing this.

Each of your heroes have unique ultimate abilities and an ultimate bar that fills up over the course of the games stages. In most cases you will not need to use these until you’re on the 3rd wave of a stage. Ultimate bars always reset at the end of a stage and can be used as fast as you can tap the portraits of your Heroes to drop a devastating amount of damage.

View the post stage damage details. This gives you a great overview of which Hero is dealing most of your damage, it will allow you to focus on them and adjust your line up accordingly. It’ll also keep you from wasting gear on lesser heroes. Your heroes damage rating will give you a good idea of their power but going through a stage where you only let your heroes auto attack and then viewing the damage details gives you a real world picture of your damage out put before ability use. 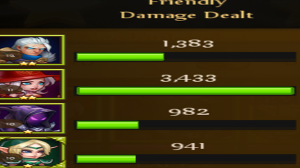 You only need to perfectly clear the stages with building icons. The stages in between these don’t matter. To 3 star a stage none of your heroes can die. Once you finish a stage and earn a 3 star rating you will open up the option to “Sweep” the stage. 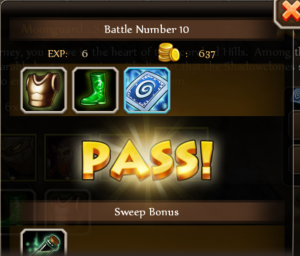 Sweeping stages is done through Sweep Tickets. These auto clear the stage for you with the option to clear a stage once, or to clear the stage 10 times in a row. Using this takes up your energy but this is a great way to farm xp and items quickly for a Hero.

Alternatively you can go into the stage and turn on Auto battle if you run out of Sweep Tickets. Auto battle will allow the AI to take control of your Hero units and use their abilities. 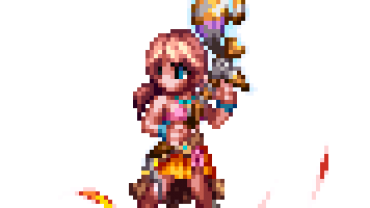