Ingus follows in an established line of Red Mages at this point which include Ludmille and Anzelm. Ingus though succeeds where they have failed; he brings versatility his support role with useful skills that can help your team. Ingus may be a Red Mage, a rather undefined role in FFBE, but Ingus makes a valuable addition to your roster.

Full Break (Physical damage (1.6x) and reduce ATK/DEF/MAG/SPR (30%) for 3 turns to one enemy), Curaga (Heal (800HP, 3.4x) to one ally), Esuna (Cure poison, blind, sleep, silence, paralyze and confuse to one ally) and even Convert (Recover MP (9999) to caster and reduce HP to 1) make Ingus a versatile unit. He’s a pocket healer and a second de-buff remover, and brings Full Break. Convert can even be used in a pinch in long and drawn out fights.

Letters and Arms Statistics (Type: Special Ability (Passive), Effect: Increase MAG, (50%) when equipped with a sword). It’s better than Shantotto’s Mag +30%, but at the cost of having to use a Sword over a Rod. It’s a skill that really shine on hybrid units that can take better advantage of both increases to ATK and MAG, that Holy Blade isn’t looking so bad now.

Ignus is a solid unit, probably not good enough to compete for a top spot on most established player rosters, but if you just started out, Ignus is a solid pull. As the game progresses and as 6-Star units become more widespread Ignus won’t be able to compete, but his Trust Master Reward can still find a spot in the end game.

Ingus is neutral to all elements and status

Ingus can equip 4 weapons and 7 armors.

A young man hailing from another world where tales are passed down of the Crystals and the Warriors of Light. Ingus was chosen as a Warrior of Light when he helped to rid Castle Sasune of the curse it had suffered from the Djinn.

He then set off on a journey with Luneth, Arc, and Refia to save his country, his people, and the world from the darkness consuming it. Always calm and composed, Ingus never fails to supports his comrades whenever they find themselves in a predicament. 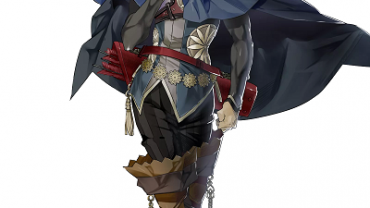