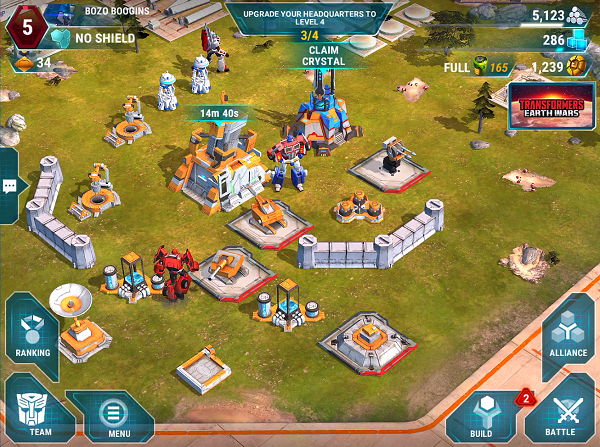 Finally! Space Ape has come up with a Transformers themed base battle game on mobile. Think of it as a mix of Boom Beach and Clash of Clans but for our beloved franchise Transformers! I have been a huge fan and here are some top tips to help guide you through the game!

Once you have some starter robots, do the campaign map and get your leader quickly. I opted to be with the Autobots. I will side with the Decepticons on my second playthrough though! Optimus Prime is a 2 star robot that will aid you tremendously in both PvP and scenario campaigns. He also holds the all important command skill that allows your robots to direct focus onto a target within a certain range.

Anything under 5 minutes can be sped up for free. I do not recommend you wasting too much cyber coins on speeding up buildings unless you are planning to spend real money in the game. The goal is to save up 4500 cyber coins to summon 10 new robots at a discount. To do that, keep completing tasks that earns you cyber coins. 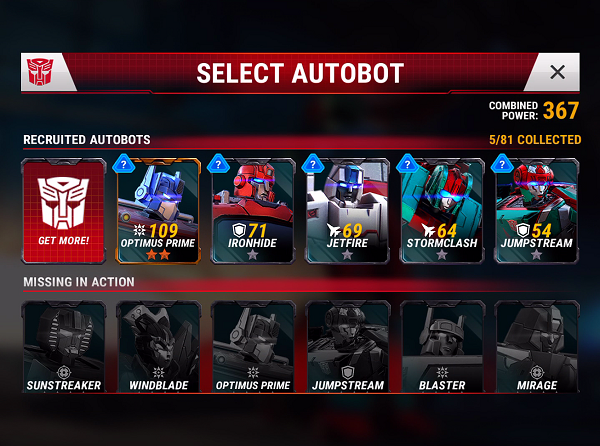 There are currently 5 types of robots. Not sure what the real role name is, but here it goes:

Tip 4: Deciding to Destroy All Buildings or HQ

Now, this game is fun as you need to decide whether to kill all buildings or go for the HQ. Some bases are heavily defended up front and have lighter defense near the HQ. If you can sneak up behind the HQ and kill it instantly, you win. Since destroying the HQ means winning all the resources and battle trophies, it makes perfect sense to go after the HQ if you know you can take it out quickly.

You also can’t choose your opponent, so you can’t skip battles against players! Bring a well rounded team to wreck bases! Take your time to analyze the base before launching any robots so you won’t start the timer countdown. 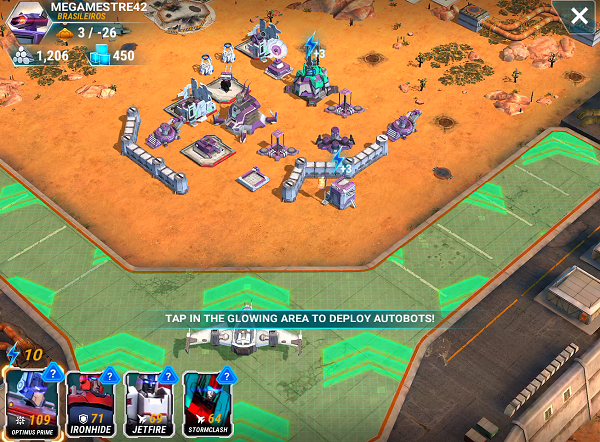 This base above is not well defended, so it would be an easy win just by brute forcing through the middle. The opponents get smarter as you head up the higher arenas, so be well prepared! 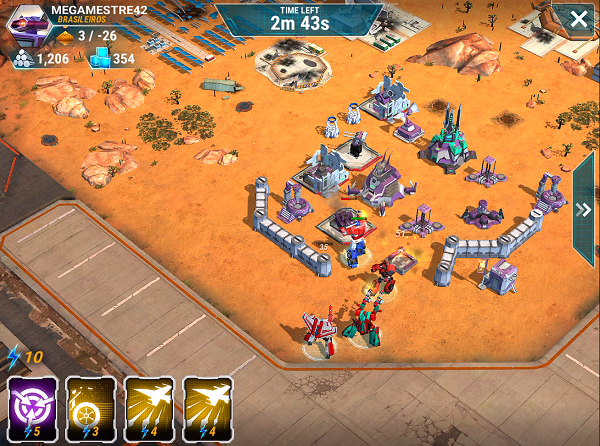 Make sure to use the right skills to improve your chances of winning. For example, if you know you can burst down the HQ quickly will under fire, then you want to use air strike to bombard the HQ. If you feel that the enemy turrets are going to kill your front line tank soon, it is base to use rally to re-position your robots.

You can also start upgrading their skills when you have spark. Robots also unlock new skills once they hit level 10.

Since there is no downside to doing PvP all the time aside from having to wait for your robots to recharge after the battle, you should raid as much resources as possible at every given chance.

This allows you to come back and build new buildings if you logged out and do other things.

Tip 8: Place Your HQ Far Away

A great strategy is to place your HQ at the furthest place you can from the launch platform. Force your opponents to plough through your defense just to destroy your HQ. Check out this base defense by Curseius, which is a good setup for beginners to model after. 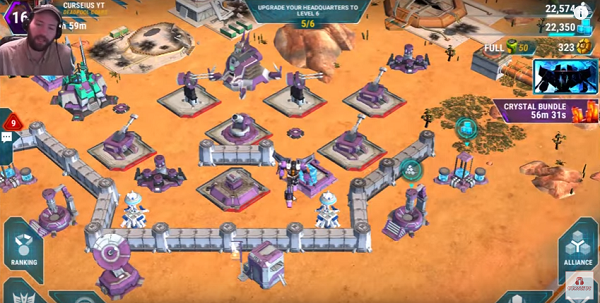 There we have it for now! I will be adding more tips as I progress further into the game. 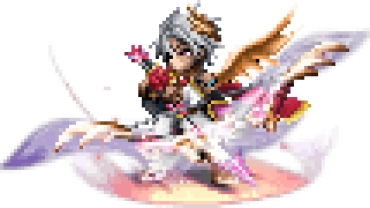