Just slap on a Golem to give Demon Rain Provoke (Increase likeliness of being targeted (70%) for 3 turns to caster) and Demon Rain will go hit for hit. Nothing more awesome than a tank that can take a lickin’ and keep on kickin’. And for more some more added awesomeness, Ignite (Increase ATK/MAG (40%) for 3 turns to all allies) is a pretty legit buff and one of the few that helps every DPSer on your team.

Infernal Armlet (Statistics – Type: Accessory, Stats: ATK +20%, DEF +20%, Additional effect: Fire (+20%), Earth (+20%)) is the beefed up tank version of Hero Ring. That means it is pretty dang useful. Only problem is, by the time you farm it, the upgraded Hero Rings will be out making it a little less awesome. Still it’s a good accessory and doesn’t require massive megacyst farming so you can determine if it’s worth your time to farm sooner or later.

Rain is decent is fulfilling his niche role as a counter/provoke tank and his stats are decent enough that if you fed him enough awesome trust masters (Deathbringer x 2, Dual Wield, and Aurora Scarf for starters) you could turn him into a counter/provoke/free upgraded barrage, total butt-whooping, pray for salvation, hell on earth you gotta have him unit; and that gives Demon Rain a future when other 6-Star units get released.

Rain’s daddy issues may have forced him to the dark side, but we should all be glad he did. He found his calling, and that’s as a pretty decent counter/provoke tank now, something far more awesomely sinister later.

Verdict: Demon Rain just needs the right Trust Master support and he could be very good PvP tank and melee unit. Also has good support in Ignite, a decent Trust Master and a lack luster limit break, but that’s okay since he more than makes up for it in other ways.

Demon Rain has a bonus of +25 % to Fire, Earth and Paralyses resistance. And a – 50% resistance to Ice and is neutral to all other elemental and status effects.

A knight of the Kingdom of Grandshelt. Though usually preoccupied chasing girls, on his journey chasing after the Sworn Six of Paladia who attacked his homeland a gentler, more courageous side of him came through. At a young age he came in contact with the earth crystal, but little did he know that would become the catalyst that sealed his fate. 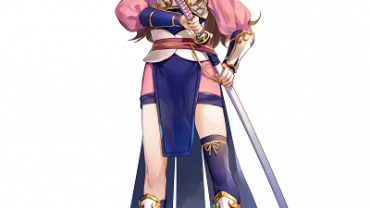