Gatotkaca is a good Tank with great durability making him good for pulling aggro from minions and heroes.

Description: Converts 4% lost HP to his physical defense, up to 250. Every 6s, dealing damage to the enemies with higher HP grants 110~250 (increases with level) HP and 0.5 times HP of his physical damage.

Description: Gatotkaca shouts loudly, forcing nearby enemies to basic attack him for 1.5s. In the next 2.5s, he counters the attacker when hit, dealing 130 magical damage to nearby enemies

Cooldown: Shortly charges and jumps to the target area, knocking nearby enemies into the air for 1s and dealing 500 magical damage. The enemy near to the center is knocked into the air for a longer time. 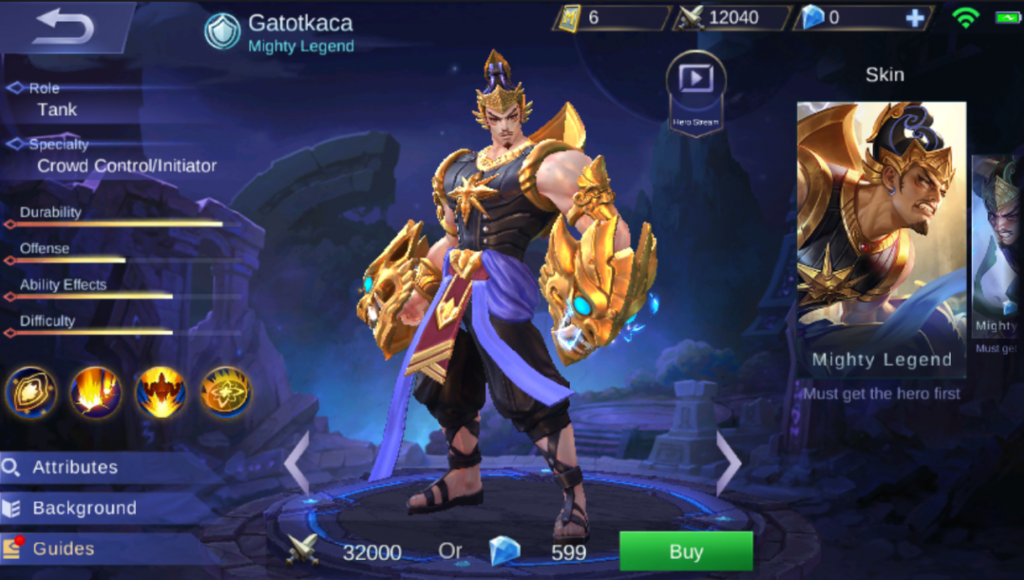 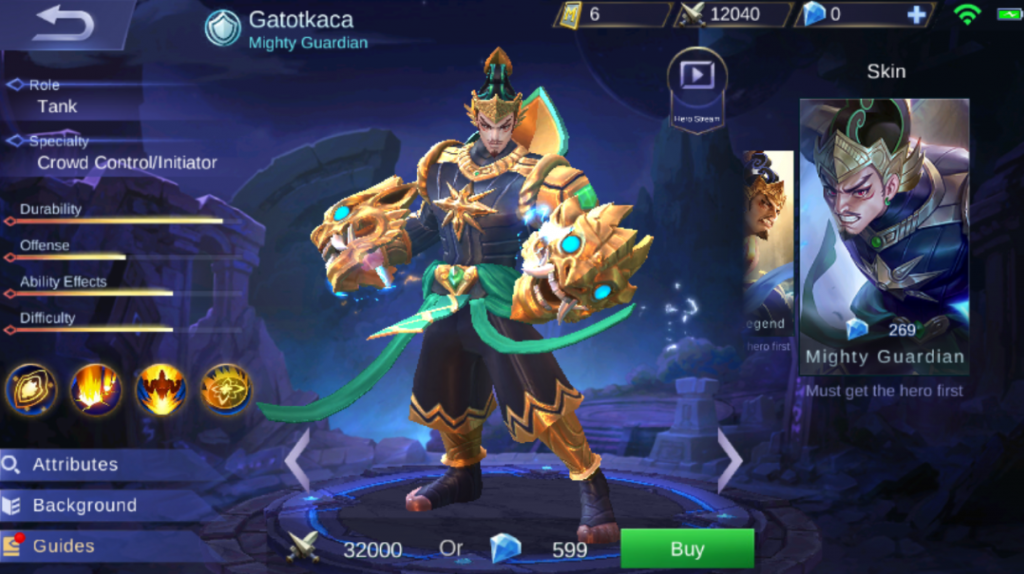 Gatotkaca “The Iron Bone” was the son of Bima and Arimbi from Arcapada universe. Since his childhood, he’s been a champion of gods, fights vicious enemies of his homeland. Once lost and beaten near death, Gatotkaca arises as a mighty warrior from Pandava clan who possessed the supernatural power he got from the ultimate training inside the cauldron of heaven, Candradimuka. With his Anatakusuma armor and Brajamusti-Brajadenta twin gauntlet, he can fly across the skies of lightning and hunt down his enemies, the furious Ashuras. Gatotkaca, the Knight of Priggandani is a symbol of bravery and devotion. *Based on “Garudayana” comic created by Is Yuniarto, inspired from Indonesian traditional shadow puppets. 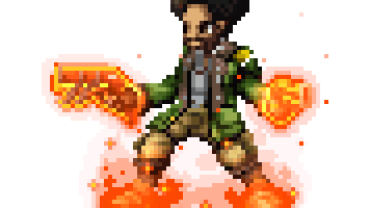