Efficient Tips/Tricks You May Not Know

There are a few efficient tips in Lords Mobile that you can do in order to further yourself in the game early one. Some of them may be known by a lot while some may be completely new. But we’re going to go over a few of them in this guide.

For a lot of players, they’ll probably put a lot of time in their heroes focusing on their gear. Things like Lux Shield and Aegis Armor which can be gotten through fusing.

By selecting the material you can see what stage you can farm it at. On normal you can go farm it and spend a certain amount of stamina for a chance to get it.

But you can also check the elite version which will cost probably double the stamina of normal but you’ll be able to get things like the material, gear, and hero medals.

If you’re doing this tip then kudos. Some players want to get their gear fast and not worry about the medals but getting them as a bonus pays off in the long run.

So anytime you want to sweep for gear just go to the elite version. It pays off more than doing normally.

A big thing that people ask a lot is why to do the 30-day gem deposit when you can do the 14-day deposit. The reason for this is glossed over by most players and keeps them from realizing how much they’re really losing.

This is where the problem comes in. The 14-day deposit only gives a 27% base interest and a 20% bonus one.

Where the 30-day option gives an 85% base interest and a 20% bonus. That is a massive difference in income over the time period as it starts to add up.

In the long run, the 30-day deposit pays off a lot more than the 14 or the 7-day. It is more efficient to do the 30-day and stay on it for months if you’re really invested to let it all build up.

For the Labyrinth, the best tip I can give is to do them towards the end of the week where it’s going to refresh. A lot of people love to save their Holy Stars and that is a great deal.

You should save enough of them to try and finish off your boss. Especially if it’s towards the end of the cycle so it can refresh and you can move onto the next one.

That way you’ll get far more gems than trying to take it down from 100% on day one.

It’s no big surprise that you can fight somebody with the remaining time at 15 seconds. At 15 seconds it is to less of time for you to hit the challenge button then go back in.

15 seconds if your key mark. If you know you’re going to counter your enemies line up with what you got then give it a shot.

Once it’s in you can go up and hit the exit button, leave, then at 15 seconds, you can watch. Once you claim the axes it already goes through but you gotta apply the time it takes to hit the button, leave, challenge, etc.

When it comes to buying packs a lot of players ask how to get such good deals. The best way to do it is by using Amazon Underground.

To get it you need the official Amazon app, then within the app, you can get Amazon Underground. It is an app that offers cheaper packs in a completely legit way.

You can get the same in-game packs for Lords Mobile cheaper without losing anything you would be getting. So it’s just a discount way to buy packs and get more bang for your buck. 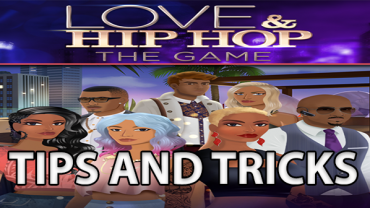