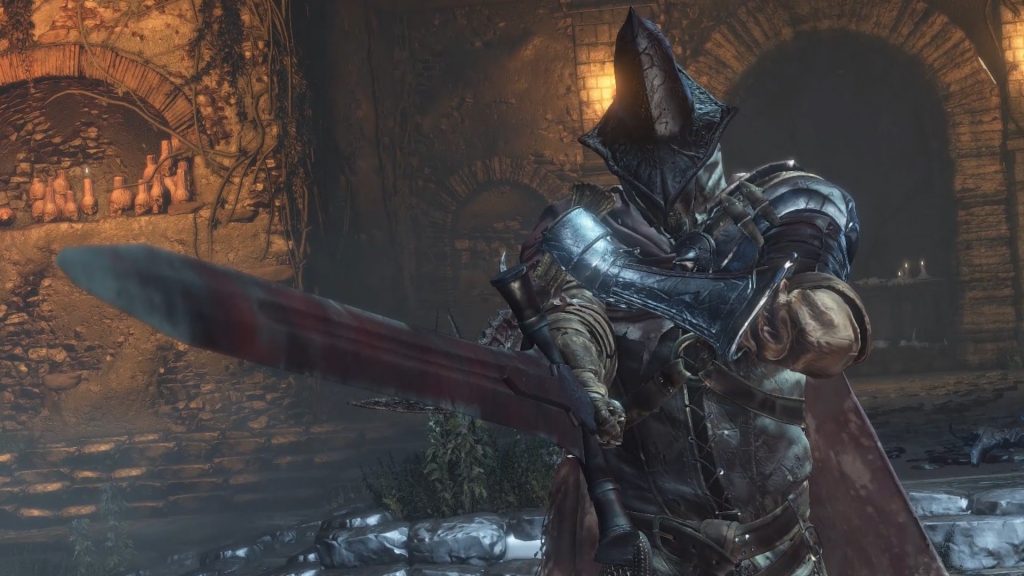 Dark Souls 3 is the third installment of the Dark Souls series. Known for its extreme difficulty in his locations and enemies.

The biggest pull of Dark Souls 3, however, is the large variety of bosses. There are quite a few in this game and they are each unique and very different in their own right.

This list is going to go over ten of the hardest bosses in Dark Souls 3. Every boss is harder for someone than it is for another, but there are some that most can agree are pretty challenging.

The Abyss Watchers are the first of the four Lord of Cinders that you encounter. This boss fight is one of the most fun in the entire series simply because of how it’s set up.

You fight one Abyss Watcher that appears in the room until a second shows up and the fight becomes two on one. Only the main Abyss Watcher has the boss health bar as the other has its own.

As this goes, a third watcher will spawn that will actually attack the other watchers giving a bit of an edge. The fight is intense because of how much is happening all at once.

But once you take down the main boss bar, the next phase of the fight begins and it is much harder. One Abyss Watcher consumes all the others and gains a Fire element in his sword and a lot more range.

He keeps the same attack pattern and moves but his distance on attacks are much wider and hit harder. Getting the patterns down in the first phase is the best way to be prepared for the second phase.

Number 9. Dancer of the Boreal Valley

A late-game boss that can be encountered before the second boss of the game. Though it really doesn’t matter when you encounter the Dancer, she’s one of the most difficult bosses whether you’re soul level 1 or 100.

The Dancer is a nimble fighting that begins the fight with one sword that does fire damage. This fight is all about patience and timing because her attacks telegraphed pretty well.

She’s weak to the dark element so the Deep Axe gotten in the same area is really good against her. But once her health drops below half she gets a second sword and the game change.

The same method applies with patience and timing. But she’s way faster, way more agile, and you lose a lot of time to attack and spend most of it dodging.

Get too greedy and you will be killed in one or two hits no matter how much health you have. But even with her speed, she is still a fun and fair boss.

This might be a shock to some people. Darkeater Midir is considered one of the hardest bosses in the game right up there with Nameless King.

And yes, it is one of the hardest and that’s why it’s on this list. But it doesn’t rank higher because of how easy it is to get proficient at this boss.

Midir’s biggest threat is his health and damage, he’s a one shot boss that’ll probably kill you in one hit. And he has insane health making him a giant grind to get through.

He’s not hard by design because all of his attacks are easily telegraphed and can be dodged pretty gracefully when you pick up on his pattern. It’s the health and damage that make this boss so hard.

It takes forever and you have to constantly be on your toes or you’re gonna be doing it over and over again stuck in the amount of time it to takes to whack away at his health. He is difficult, but not nearly as bad as people say he is.

Not the hardest boss on the list but probably the most interesting design-wise in terms of Dark Souls lore. Aldrich is a pile of black sludge with the body of Gwyndolin sticking out of him.

You fight him in Anor Londo in the same room you fight Ornstein and Smough from the first game. It’s a major trip down memory lane for fans of the series.

The fight itself is a mess of AoE attacks that just get annoying after awhile. Aldrich is big, hitting him is not difficult but surviving all of the wide effect attacks makes it difficult.

The worst is his rain of arrows that cover a straight line of the room. Then as the fight continues he will fire them endlessly and they will follow.

Don’t have enough stamina and you’re basically screwed out of the gate because if you run out they will catch up and you will most likely die from this attack. He’s a Lord of Cinder and the second hardest out of the four.

Slave Knight Gael is the final boss of the Ringed City DLC and he’s such a cool one in his design. He’s very much like the Abyss Watchers in the way he fights with a giant sword and jumps around.

Only different is, Gael is way faster than the watchers are and hits way harder. It’s also more difficult to telegraph his attacks because his pattern can change in how fast he swings his sword at times.

There’s nothing crazy difficult about Gael aside from his speed and aggression as a boss. You fight him enough times you’ll get the pattern down and beat him, that’s just Dark Souls law.

But this is not a boss you walk into and win on your first try. You will die a number of times before finally figuring out how to manage his spastic movements.

My personal worst nightmare in Dark Souls 3, Pontiff Sulyvahn is the boss keeping you from Aldrich. He has two swords with the fire and dark effect much like the Dancer.

He hits hard, moves fast, and halfway through the fight, he summons a shadow of himself. This shadow mimics all his attacks essentially giving him two hits on every move.

Now, to “Dark Souls” pros (And I use the quotes for a reason) Pontiff is not too hard because every move he does can be parried with a shield. And that’s fine if you’re good at parrying, this boss is probably not gonna be to difficult for you.

However, if you are not proficient at parrying or using a build that does not incorporate the parry option then this fight can be hell. It’s all about personal skill and experience, and honestly, Pontiff could be used as the perfect test dummy to get good at parrying for some.

The last lords of Cinder you’ll encounter and they’re a bit of a pain. The fight starts off with you facing Lothric who leaps around the room swinging his sword.

This part of the fight is not to hard, learn patterns and react like most bosses. But once you beat him, Lorian joins in and starts attacking you with ranged attacks.

The most annoying part of this fight is the teleporting attack that’s hard to telegraph and Lorian reviving Lothric whenever you kill him. Lorian is the priority when he joins the fight, he dies the fights over.

But it gets increasingly tenser when they join forces. No shame in summoning for this one, even the playing field.

Soul of Cinder is the final boss of the base game and is based on the actual players themselves in how he fights. He has a form with a sword, a scimitar with pyromancies, a spear-like staff, and an actual staff for sorceries.

He swaps between these as the fight goes on and it’s kind of hard to keep track of him as he goes. He’s very similar to the final boss of Dark Souls 1, Lord Gwyn, in the way that he moves and attacks.

The first phase is definitely a pattern game just figuring out timing and doing the Dark Souls dance. But the second phase is much harder because he gets a brand new health bar, does way more damage, and has way more range to him.

He is a great final boss to a great game and really does a good send off to the series. Kinda makes you regret linking the flame all those times in order to make this bad boy.

Number 2. Ruler of the Storm and Nameless King

Often considered the hardest boss in Dark Souls 3. Ask almost anyone who has played it and they will throw this guy at the top.

He’s hard, yeah, but he’s also not nearly as hard as number one. The first phase hard, the second phase is just the pattern game and he’s actually really bad at it.

Nameless King in the second phase is easy to telegraph and master dodges. The biggest threat is the lightning AoE that he can throw off with attacks.

The first phase is what’s hard because he’s flying around on the King of the Storm, his dragon. So hitting him is extremely hard because he flies around but it’s not the dragon that’s hard either.

The Nameless King fight is a boss fight with the Dark Souls camera that everyone sees as the greatest enemy in this series. This is the worst offender of any boss having a bad camera.

It is near impossible to hit the King of the Storm, let alone see it when you’re fighting it. That is why this boss is so hard because you are battling the dragon, the king, and the game itself.

The final boss of the Ashes of Ariandel DLC and it’s just beautiful. This is a three-phase boss fight, count it, three phases and you have to repeat every phase each time you die.

The first phase is Sister Friede with her scythe, this is the easy phase. Like most humanoid enemies she can be dodged easy, telegraphed, backstabbed, all the fun stuff.

Phase two, Father Ariandel sets fire to the arena and goes on a rampage while fighting Friede still. This is the most annoying stage when playing solo.

Fighting the two of them solo is really stretching your attention thin. Father Ariandel is big so it’s not hard to lose track of him, but Friede can turn invisible and come at you from behind so it’s hard to keep track of both.

The third phase is just Friede again but her scythe is now on fire and she is way harder to hit and hits way harder. Her range is ridiculous, her damage output is insane, and her ability to catch you in her scythe grab mid-roll is kind of absurd.

This is one of those bosses you do countless times, keep getting right to the end, and then die at the last possible second and have to do all three stages again. It is difficult, but unlike some Dark Souls bosses, there is very little in this fight that can be blamed.

When you lose it’s typically your fault for slipping up somewhere. It’s designed brilliantly, fair, and it makes you feel like each loss is justified. 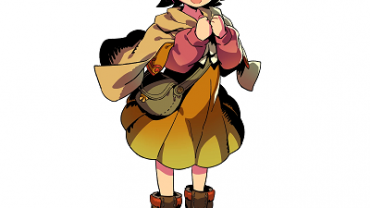