Welcome everyone to the Marvel Strike Force Top 10 Best Characters. I’m going to focus on heroes that are easy to get so I’m just gonna put this outright for the beginning Black Widow is not on this list.

She is probably the best hero in the game but she’s currently not available to get easily only by orbs.

Wolverine first and the reason why Wolverine is you can get five shards per day just by completing the ten activities which are very very easy and you’ll get Wolverine and he is hands-down probably one of the best heroes inside of the Alliance raid. Because of this healing factor on turn regenerate for 15% of this character’s max health that right there is just very good he’s got a lot of durabilities.

He doesn’t cost anything you just do the ten activities per day, and you will unlock Wolverine.

Quake is, in my opinion, the best hero in the Arena Store and the reason why I think she’s the best heroes because she’s a five-star shield agent and you need five 5-star SHIELD agents to unlock Iron Man who is also very good.

Drax is second to Quake in being the best in Arena Store. My suggestion is to unlock Quake first then Drax.

Drax is an amazing tank, probably one of the best two or three tanks in the game. I’m gonna say, maybe the second best tank in the game.

He starts off with a taunt at the beginning of his turn so he has a taunt right from the get-go and then because he’s so slow his taunt when he gets defense up where he gets 50% defense when he has defense up is just very good.

And he just is really tanky, high health and then he does have a way of getting some of his health back so those two right there are very good easy to get you can get those characters very quickly.

Crossbones is a tank but you really don’t want to taunt and have him die. You actually want him to explode because he has this amazing exploding ability which is very good.

Now when he does taunt he counters for two turns so when people hit him he’s going to attack back. And his Detonate ability is great too.

Explode for 40-30% damage this pretty much just ends the match in my opinion when this goes off and that is why Crossbones is so good.

He does do damage to himself but with a healer, you can have him run things pretty well with little issues.

She’s a single target damage she does a lot of damage, and she’s very good. She’s also cosmic which you’re gonna need to finish some of the missions.

She has this great ability where she gets the offense up and then her speed bar goes to 100% on the kill which is so much fun to time correctly and then her second attack also has that feed spell bar 100% kill.

He can be gotten very early on in the campaign during mission 1-9. He has the ability to summon heroes and when he summons heroes they can heal or do a lot of damage.

He can get the offense up, he has an AoE with his whistle dart, he’s generally one of the best heroes in the game. The worst thing about him is the drop rates to get him are bad but just make sure you do the necessary missions every day and you’ll get him.

Hawkeye is very easy to farm early on and he’s also a SHIELD agent with is very important. Something great about Hawkeye is his Blind ability that happens on Airburst.

Blind is the best negative status in the game because when Blind applies to an enemy they miss on their next turn. That is better than a stun when the A.I will use a special or an AoE attack.

He also has a mass dispel with his concussion arrow and he also has a way to knock stealth off somebody and hit them.

Captain America is not farmable very early. The earliest you can farm him is in Heroes 6-9 which is gonna be hard to get right away.

But when you can farm him do it, he’s one of the best tanks in the game. Not only is he tanky and has chain attack but his Taunt, Inspire, grants ability energy to 1-2 random allies.

Inspire is very good for characters with great AoE like Quake or Rocket Racoon. He’s also a SHIELD agent so he can be used to unlock Iron Man as well.

Night Nurse is not good in Arena or Blitz mode but she is good inside of the Alliance Raid. When you get to level 20 you can join a guild and at 25 you can start doing raids.

She is the best healer in the game by far. She’s got Urgent Care which heals the full team, First-Aid for one target, plus she has a passive that randomly heals somebody.

Now, she’s kind of limited because she’s not useful in any other game modes. But she is very good in Alliance Raids.

This is the only minion style character on the list and there is a reason it takes this spot over all the name brand heroes. He grants stealth to everyone on the team and he gives evasion to three heroes and he hits pretty hard.

So he is a very good hero, also relatively easy to get in the store so you can farm him there. The Hand Sentry is the only really playable minion type character which is what makes him so unique and good. 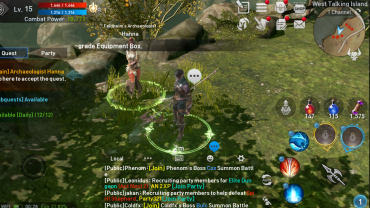