If this was Naurto then Edge’s ability to use fire, ice, wind, earth, and water would mean he’s pretty powerful. In FFBE however he just a 5-star unit with a lot of lack luster abilities. Edge kept his ninja ways going and can do a lot of things, but none of them well. Edge may as well don the title of gimp-kage.

Edge does still manage to have a few decent abilities, Man-Eater (Increase physical damage against humans (50%)), Camouflage (Decrease likeliness of being targeted (50%)), and Mirage (Negate 2 damage taken for 3 turns to caster) give him great survivability but the rest of his offensive abilities focus on lackluster elemental damage and status effects, which are niche and subject to being useless on a lot of boss fights.

Hanzo Gauntlet (Type: Accessory, Stats: DEF+15, SPR+15, Additional effect: Gain access to Mug) has decent stats, for a tank or a healer, but then again, why would a tank or healer need mug? This item would be okay to farm for but it should be a last priority.

Edge may find a spot in the as of yet unreleased PVP arena but for right now, he’s just edged out by better units. His trust master reward is a steal ability on a tank, his limit is worse than barrage for most end game content, and his abilities are very niche.

Verdict: Mediocre stats, mediocre abilities, mediocre Trust Master Reward. Could be useful later on, but if you don’t pull him, don’t shed any tears over it.

Edge is neutral to all elements and status ailments.

Edge can equip 5 weapons and 4 armors. 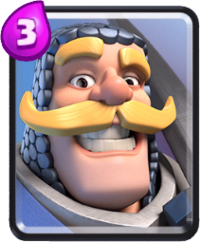