This list is based on MobileGamers video. He goes over the ten best heroes in Marvel Strike Force in the month of July.

This list is in no particular order. Simply outlining ten of the best in the game.

Black Widow is one of the best characters along with Quake who is also on this list. She can give a speed up to the whole team giving the whole team of speed boosts to 50%.

Her ultimate ability is a Stun and can cause a bleed effect that can do crazy damage. Her basic attack can also copy positive status effects.

Captain America has the Inspire ability which gives a defense up and Taunt. Both of those are extremely good and in addition, he can give the ability energy to the rest of the team.

Fueling Crossbones “detonate” or Black Widows stun or Quakes massive damage. It is huge and he’s one of the best tanks in the game without a doubt.

Night Nurse is on this list because she is vital for raids. She is the best healer in the game, there’s no doubt. Now the way her Urgent Care heal is a little different than the way that it’s worded.

It says heal at least for 2500 health and 10 percent of this characters max health. Applies regeneration to each alley which is also helpful.

She even has a passive heal which is a great utility ability. She fits well in any team no matter who the other characters are.

Crossbones is best paired with Kingpin due to the offense up ability that he offers. Crossbones is a heavy attacker and more damage on him is a top priority.

Crossbones is known for his Detonate ability which is a “Game over” ability. Basically, if you use it it’s gonna wipe the floor with any team.

You have to kill Crossbones first in a match, he’s the team nuke. Especially when he has Death Proof it’s kind of the ultimate combo.

And then he’s got all these really cool mechanics with villains. There’s some synergy there with a lot of assists happening with his unique ability. He can summon some bodyguards that have taunt and is also very fun to do kind of stalls the battle.

Quake is best paired with Black Widow and works really well together. They’re kind of opposites of each other where Quake’s attacks inflict a Slow effect on enemies decreasing speed by 50%.

She’s also a great AoE character being able to hit entire teams all at once. She’s a heavy hitter and one of the best in the entire game.

Yondu has a great passive that allows him to copy positive effects from other characters. Now, that doesn’t mean he can steal things like Taunt but he can go after defense up and other things like that.

He can also summon Ravagers and that is a huge DPS making him especially good in raids. He has Yaka Arrow which chains, basically this hits everybody just like a area-of-effect massive damage like Quake.

When I saw the kit for Deadpool, I thought it was too heavily focused on minions. But as I’ve been playing Deadpool I loved him more. He is a superstar, he does so many things very well.

The first one is his hack and slash ability where it is a chain, but it’s a rebound chain so it goes back and forth. The problem with chain abilities is if there are only two heroes left It’ll just end it.

Let’s say it’s supposed to chain for four. But on this, it’ll go back and forth so let’s say you get stuck with a Black Widow in the middle and you’ve got your tank on the end it’ll just bounce between the two and it won’t stop at the Black Widow.

Deadpool is based entirely on dealing damage and he is great at it. Probably one of the best damage dealers in the entire game.

Speaking of best damage characters. Her damage output if through the roof plus on two of her abilities.

Gamora gets speed bar by hundred percent on a kill, offense up for three hundred and seventy percent damage. And then her basic attack actually potentially does a lot more damage than her middle attack.

A primary target for 250 damage and then there’s a chance of hitting two more times and when it hits three times this triple attack is so much damage.

Call the shots gives offense up to four allies and gives speed-up. So this guy is I want to say maybe seventy-eighty percent is effective as Black widow and he’s a regular minion, and he’s also a Mercenary.

So for that event where you get tons of gold might be nice to have this guy geared up. He has a lot of other tricks in his bag right here he can give ability energy to someone else on the team and he also has the way of passively Healing the lowest health ally. 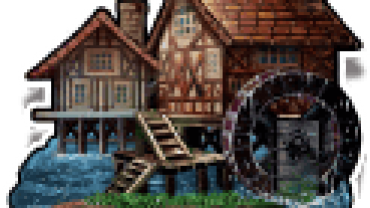