Most people would think that buying yourself a Halloween outfit isn’t a good long term investment strategy. But then again you’re not Lid and Lid’s greed has finally paid off. She saved all the Gil she could and splurged on buying a pair of cat ears, which not only raise he waifu factor, but also raise her usefulness as a unit.

So let us all share a meow-ment and understand that an easily obtained 3-Star unit is almost equal in claw-some-ness to two of the best 5-Star units in the game right now and that’s paw-sitivly meow-nificent.

The Lid in the hat, has an awesome Cat Hat (Statistics – Type: Armor (Hat), Stats: DEF+15, MP+25, MAG+20, SPR+20, Resistance: Silence (Null)) and it stats are phat and that hat gives you the edge in combat, makes you look nonfat, and makes tomcat Lid a hellcat acrobat. Now thereat is the doormat to see myself out of this flat.

The only drawback to Black Cat Lid is she’s a 5-Star unit in a 6-Star world; you could get enough good Trust Masters to make her competitive for a while, but ultimately no matter how much cat-titude she brings to your team decking her out is only pro-cat-stinating the inevitable fact the meow-sic of her usefulness will come to an end.

Verdict: Don’t need much purr-suasion (okay that is really the last one I promise!) to understand that Black Cat Lid is a great bargain unit, she has an awesome attack ability, and an awesome status infliction ability, both of which make her a top notch unit and she has access to the Halloween limited materia of Spooky Aura (ATK+13%, MAG+13%) which you could stack 4 of, but even then, she will still never be better than the lowest 6-Star rank DPSer.

Black Cat Lid also has a best in slot hat for healer and healer/support units and that means that even if you don’t end up using her as a main DPS, she’ll at least be keeping White Witch Fina company on Earth Shrine cleaning detail.

Black Cat Lid has +25% resistance to Lightning and Confuse. But is neutral to all other elements and status effects.

An airship engineer who is paving the way to a new era. Unfortunately for Lid, her older brother was the one to inherit the Cid name she so coveted, after he left home. Regardless, she single-handedly renovated the desolate workshop her brother had abandoned, using the first Cid and his philosophy of freedom as her inspiration. Lid now seeks to become the embodiment of her hero as she travels with Rain. 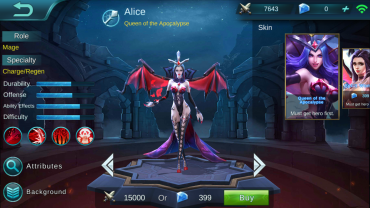