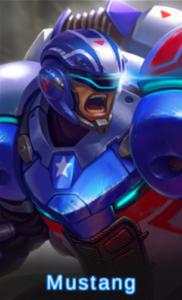 Johnson is a great tank with one of the best Durability in the game. He can be great for taking on enemy heroes in a group taking all the aggro.

Description: When the hero’s HP is lower than 30%, a shield will generate, absorbing an amount of damage based on his armor. Lasts 10s. This effect only can be triggered once within a period of time.

Description: Upgrades the pilers. Next basic attack will deal 200 pts of magic damage plus an extra damage that equals 1.5 times the heroes armor, lowering the enemy’s movement speed by 60%for 1s. If the target is affected by slowing effect, then they will be stunned for 1.s The same target can only be stunnoned once every 6s.

Description: Launches several vehicular missiles forward to track enemies in a cone shaped area, dealing 250 pts of magical damage to them and lowering their movement speed by 70% for 2s.

Description: Passive: Increases 10% of armor. Active: Johnson jumps up and transforms into a car, which will accelerate increasingly. One team mate can get in the car when it stops and rush froward along with Johnson. When the car hits the first enemy, it will explode and stun the target and nearby enemies for 0.7501.5 sec and according to the cars running speed, deal 300-600 pts of magical damage to them. 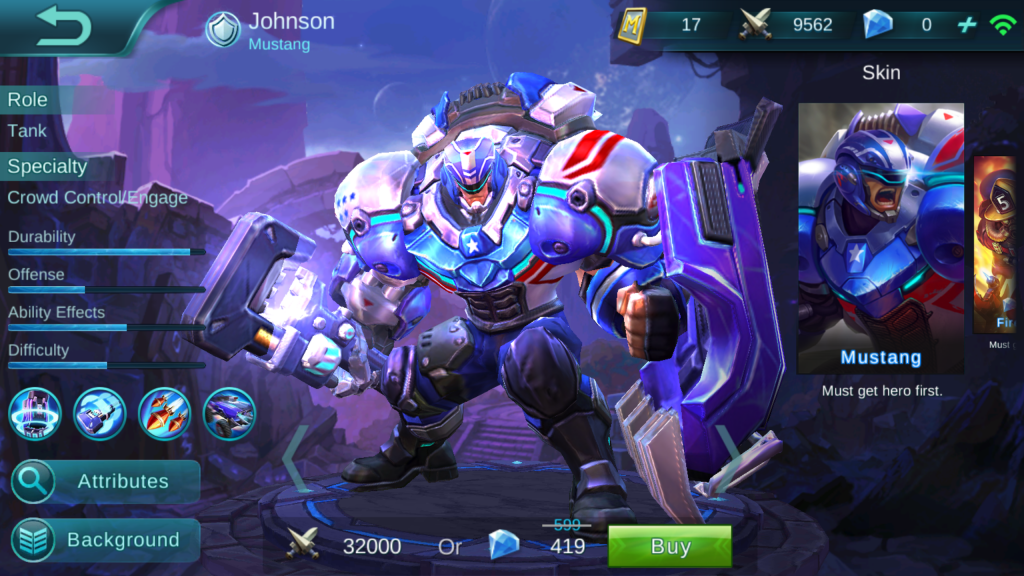 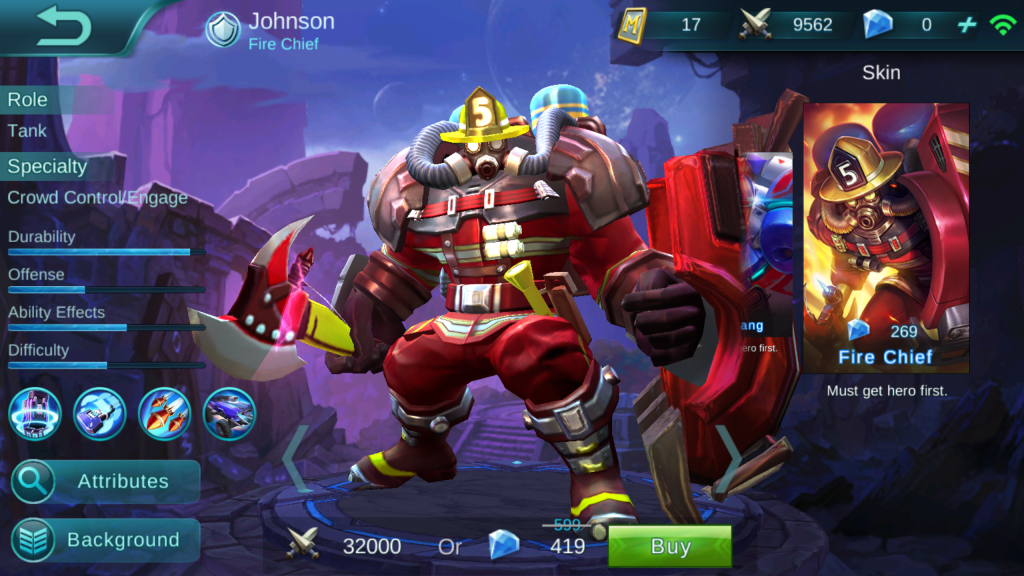 Johnson, with a hard constitution as a rock, when he ran through the dome stadium like a heavy truck, the cheers of girls burst out loud. He led the team to lift the champion’s trophies and achieved his peak of his life as a super quarterback with millions of fans around. However, fortune is always fickle. a little girl rushed to the road in a sudden while Johnson was driving his sports car. To avoid hitting the little girl, his car crashed severely. Massive hemorrhage was going to take away his life soon in a minute. At the moment, a miracle occurred, that the wreckage of the sports car started to blend into Johnsons body by a mystery force. Consequently, he not only just survived from the crash, also became a magical new human who can transform to a sports car.