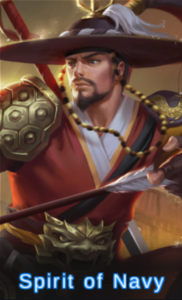 Yi Sun-Shin is a good Marksmask type with great offense but poor durability making him a glass cannon. Use him for minion kills and group hero kills.

Description: Yi chooses his longbow or glaive to attack according to his distance to the target. Using skills or the glaive to attack will impose the bleeding effect on enemies, injuring them(dealing true damage to moving enemies) and slowing them down.A naval fleet will be summoned to the allied base and strengthen it. The hero can board the turtle ship beside the base periodically and get buffs.

Description: Wields the glaive and slashes forwards while jumping backwards, dealing 160 pts of physical damage to enemies along the way and lowering their movement speed by 40%, lasting 2s. When Yi is on the Turtle ship, the ship will dash towards the target, dealing 200 pts of physical damage to the first enemy it collides with and other nearby enemies, stunning them fro 1.5s.

Description: Shoots a piercing arrow with full strength, dealing 160 pts of physical damage to enemies. The arrow’s attack range and damage will increase with the time of powering up. 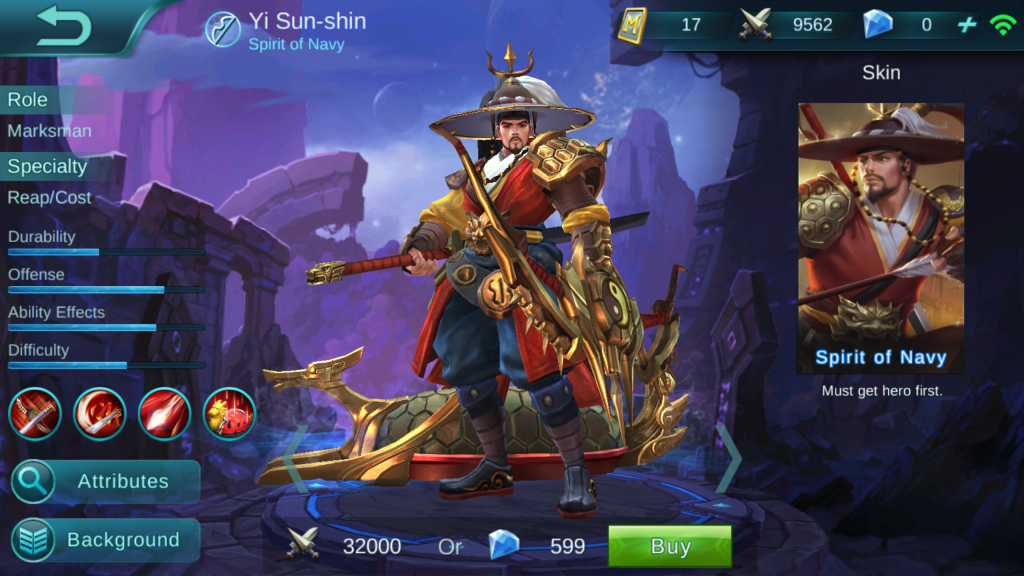 Chungmugong Yi Sun-Shin was a famous general in an Asian kingdom. He was extremely loyal and of prowess. At the time when the nation was in danger, Yi Sun-Shin built a powerful navy and created the iron armored “Turtle Ship”, making indelible contribution to Korea Kingdom for dominating around sea areas. “Where iron turtle ships sail on, the sea areas belong to me,” said Yi. Yi was excellent at “overtaking majority with the minority”. Under the leadership of Him, Korean navy defeated over 330 enemy warships with only 12 ships, gaining the great triumph of Battle of Myeongnyang. To this day, the legend of this Asian general still lives on in the people’s hearts. 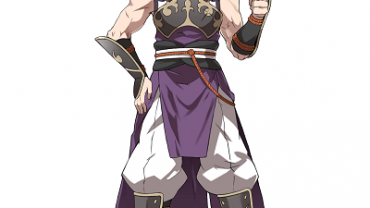