Vexana is a good mage with nice ability effect making her good for landing hero kills.

Description: Adds an occult spell to targets who take damage from the Necromancer, lasting 5//s. While the spell lasts, the target will explode upon death, dealing 320~600 magic damage to surrounding units (base damage increases with level). Units who receive plague damage from puppets will also have Necromancy Spell cast on them.

Description: Puts a curse on enemy heroes that lasts 10/10/10s (cannot be actively lifted), which deals 200/250/300 magic damage, and causes the targets to receive 60/75/90 magic damage per second. If a target dies while under the curse, the target will resurrect and become the Necromancer\’s puppet, fighting for the Necromancer. A resurrected puppet will inherit 70%/80%/90% of the original pre-death attributes and continuously deal plague damage to surrounding targets, dealing 8%/8%/8% of the enemy\’s max HP as magic damage. Puppets last 12/16/20s. 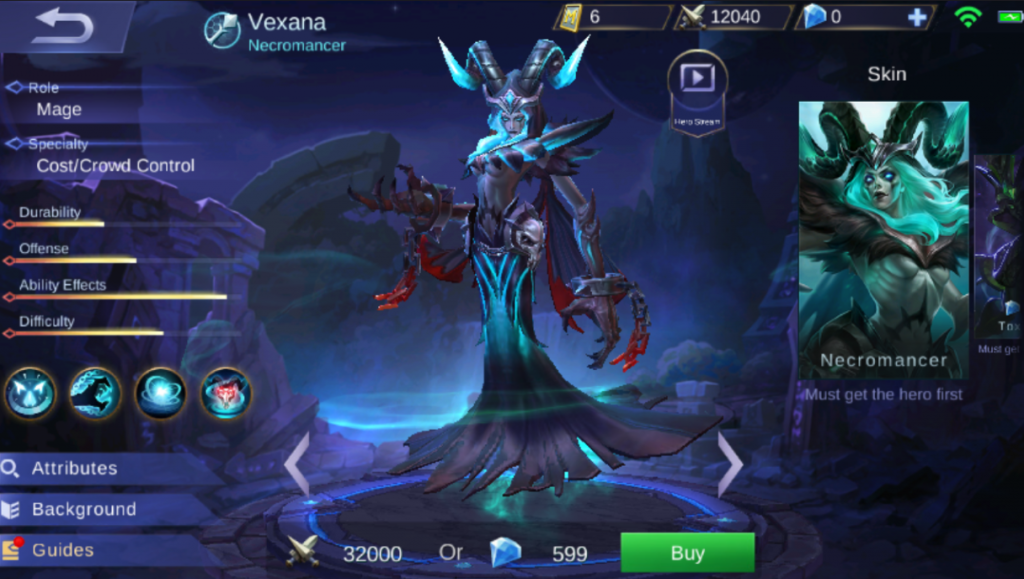 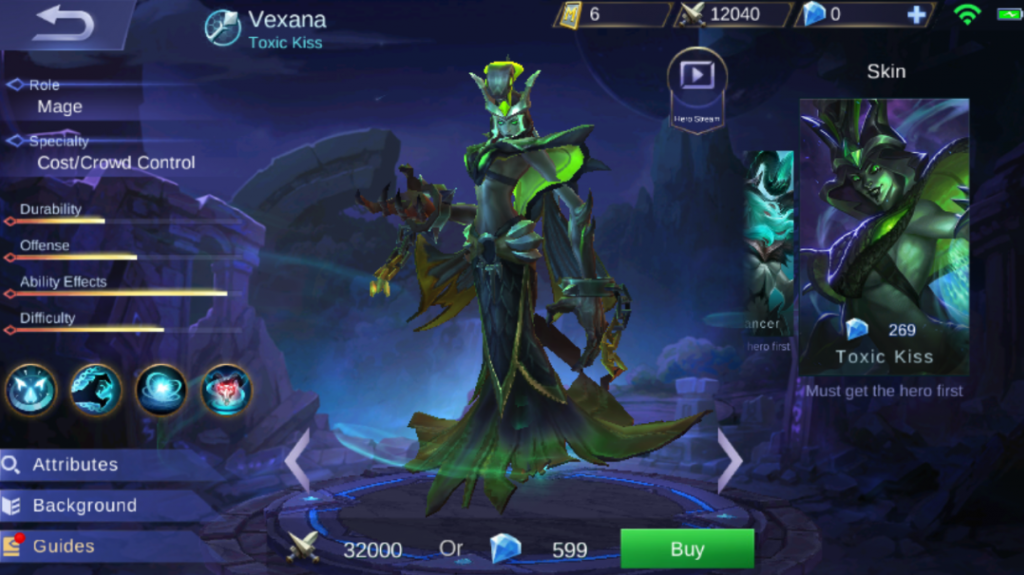 A long, long time ago, there was a small country with a kind and caring king and queen, held in high esteem by their subjects. Under the protection of the god of light, they lived a peaceful life. But deep under the ground, a lord of the dark abyss was plotting to invade their land. The Dark Lord sent the enchanting vampire queen Alice to tempt the king. The king stopped attending court and no longer cared for his once beloved queen. With her husband\’s betrayal, the queen\’s sanity was razed by flames of jealousy, and to try to win back her husband\’s heart, she made a deal with the dark lord to regain her youth and beauty. Every day in the kingdom another young and beautiful maiden went missing, and a panic fell over the people. The country grew weaker with each passing day, and the sacrifices demanded by the queen\’s sorcerer grew as well. Finally the kingdom collapsed, no more sacrifices could be found, and the devouring power of darkness suddenly caused the queen to turn wizened and frightening. A thousand years have passed, and this unknown kingdom has disappeared in the stream of history, leaving only the legend of the demon queen. Very few today connect this tale with the great and terrible Necromancer Vexana in the Land of Dawn. After all, it happened so, so long ago.