Looks like a better version of 5 star Kain with atk% bonus with swords. Gilgamesh has a tonne of bonus stat skills, making him hit harder and he can evade attacks with Jump. He also has a very handy AoE physical attack in Divider, which also ignores defense. He can learn all mid level black, white and green magic, making him very versatile.

Another handy passive he has is his 5% mp regeneration, allowing him to spam skills like there is no tomorrow. Once he learns high jump passive, your jump attacks will become extremely hard hitting and is very useful for bosses.

His final skill is Tri-attack, which is about just as strong as Barrage. Now the hard hitter deals even more damage once you use his limit break, which boosts his all his stats by 40-74% depending on your rarity.

His trust master reward is a must get! Genji gloves let’s you dual wield, giving any character more attack power! With this, he will be one of the stronger physical attackers! Did I also mention he can use almost all types of weapons?

His downside is probably his lack of AoE magical damage, but with such strong physical attacks, he won’t need too much magical attacks.

Gilgamesh is neutral to all elements and status ailments.

Gilgamesh can equip all weapons and 6 armors.

Exdeath’s most powerful henchman in another world where tales of the Crystals are told. Gilgamesh challenged Bartz and his party to countless fights only to flee from each one of them. Eventually, he even attacked them with a poor replica of the Excalibur, which lead Exdeath to banish him to the Void as a punishment for his incompetence.

Although he was tasked with the protection of the legendary Genji equipment, rumor has it that Bartz and his party made off with it in one of their battles against him. 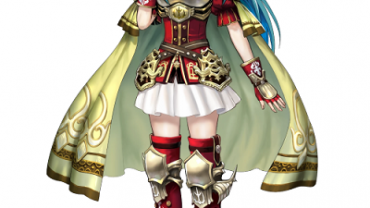