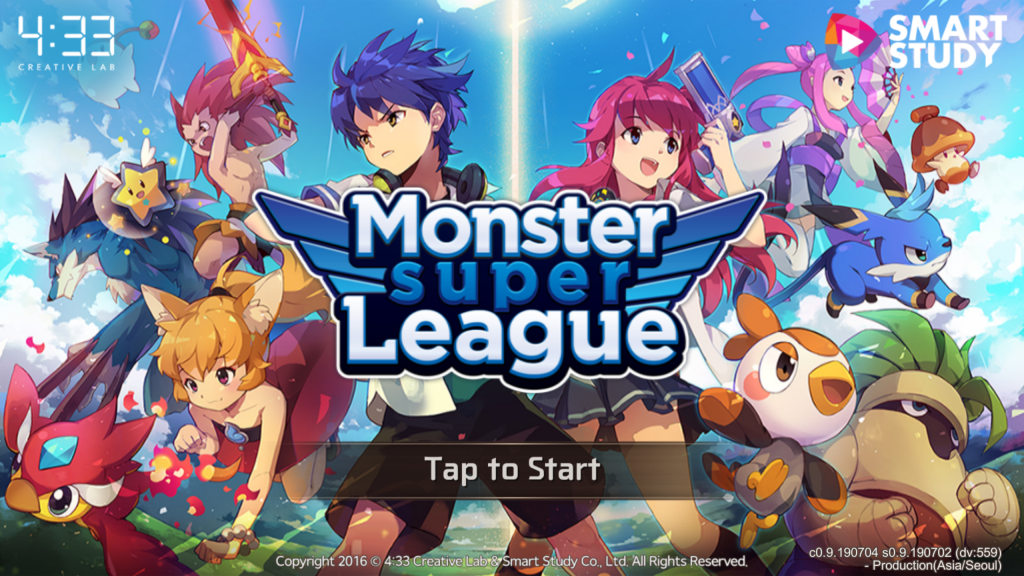 Hello everyone! Welcome to the Monster Super League Progression guide. Here you’re going to learn simple and efficient ways to progress through the game. Getting you used to the basics to knowing where to spend your Astrogems. So let’s get started!

In Monster Super League you’re going to be spending your time collecting and battling creatures known as Astromon. So the first thing you want to do is the tutorial.

Like any game you start by learning the basics and in the basics of MSL you learn and gain quite a bit. Gain a couple Astromon and collecting some items and Astrogems.

Once you finish the tutorial you are set off on your own and ready to figure out what to do next and how to do it. Our first real stop is the airship. 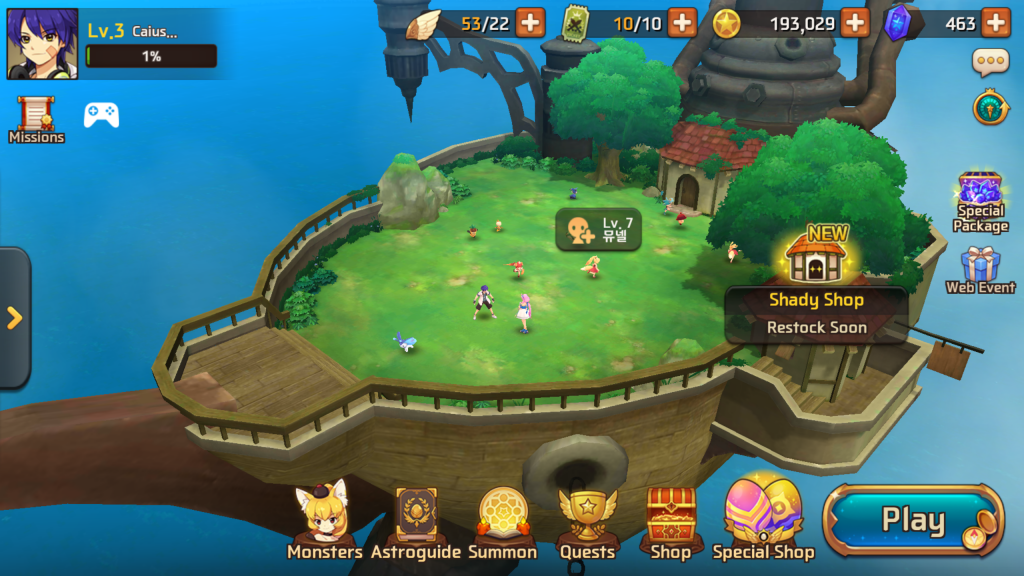 The hub world of MSL is the airship. Looks small from the main screen  and may not seem like much but there is one thing to do here that is helpful.

Every so often you’ll see little sparkles around the airship match, tap those sparkles! You’ll get gold and also an item every time you do.

Whether it be more gold, some energy, and even sometimes you can get Astrogems if you’re lucky. It maybe a small note but it’s very much worth the tapping effort so always check the airship.

The area where you’ll be spending most of your time is going to be in Story Mode. Going through Story Mode is going to get you experience for your Astromon, items to help them grow, and it’s also where you catch more Astromon. 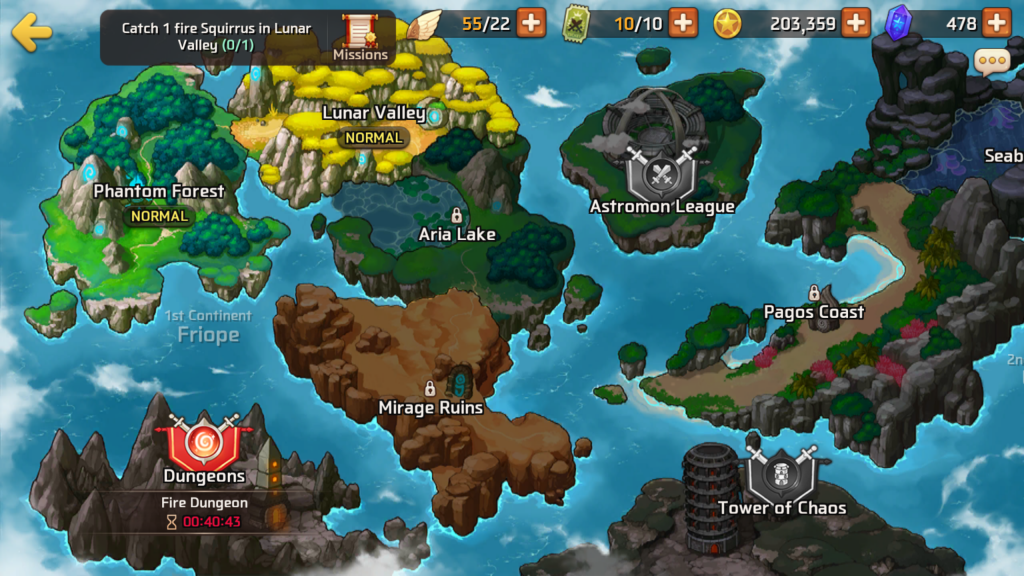 In Story Mode the best thing to do is just go with it. Follow it from the first level to as far as you can until it starts getting difficult.

Once you hit the difficulty spike is when you need to start leveling and enhancing your Astromon. But to do that you’re going to need items you get from story mode. Specifically gems.

Gems are something you get almost every time you complete a story mission. You can equip gems to increase an Astromons stats.

And that’s where we get into training our Astromechs. There’s a lot you can do but i’m going to give you the basics to get you started. 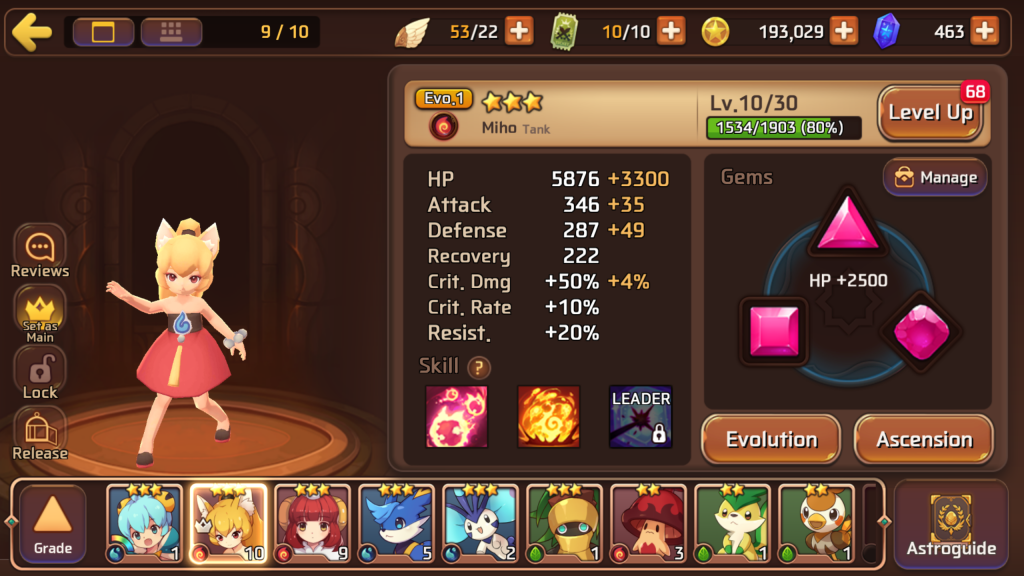 On the Monster screen you have several options to go through. Picking the Astromon you want to focus on, equipping them with gems, leveling them up, and evolving or ascending them.

First thing you want to do though is pick what Astromon you want to put your time into. You’ll usually be using a team of four in every mission but there’s always going to be one playing leader.

I suggest picking anything above a two star for your leader. So pick a three star you got during the tutorial and let’s start building them up. 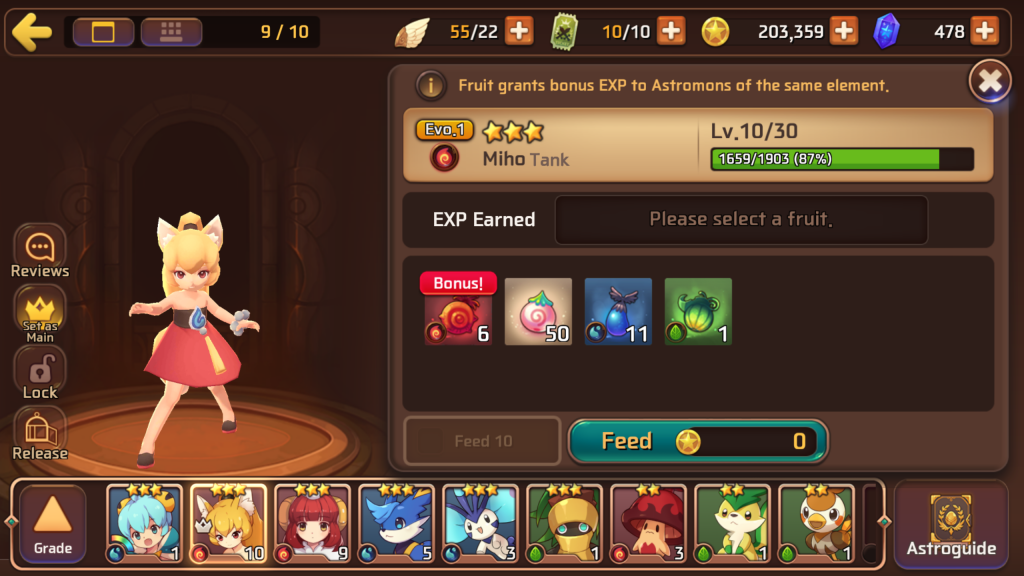 Leveling up your Astromon is actually really simple. You can get experience just by battling with them in Story mode but you can also feed them fruit or other items to level them up too.

Using fruit is probably the fastest way to gain levels but should also be used sparingly. You never know when you may get more so always play conservatively.

Equipping gems is important because of their ability to raise stats. But you also want to pay attention to what you’re equipping to what Astromon.

Don’t just throw all your HP Gems onto a random Astromon to buff up their HP. A lot of it will help but if they have bad defense it isn’t going to get them anywhere.

Pay attention to their stats and see what they’re strong in. Equip gems that help make them better in those stats for more efficiency.

On top of equipping you can also upgrade your gems. Just tap on one and hit upgrade then spend some gold to increase its power.

Last but not least on your Astromons is Evolving and Ascending. 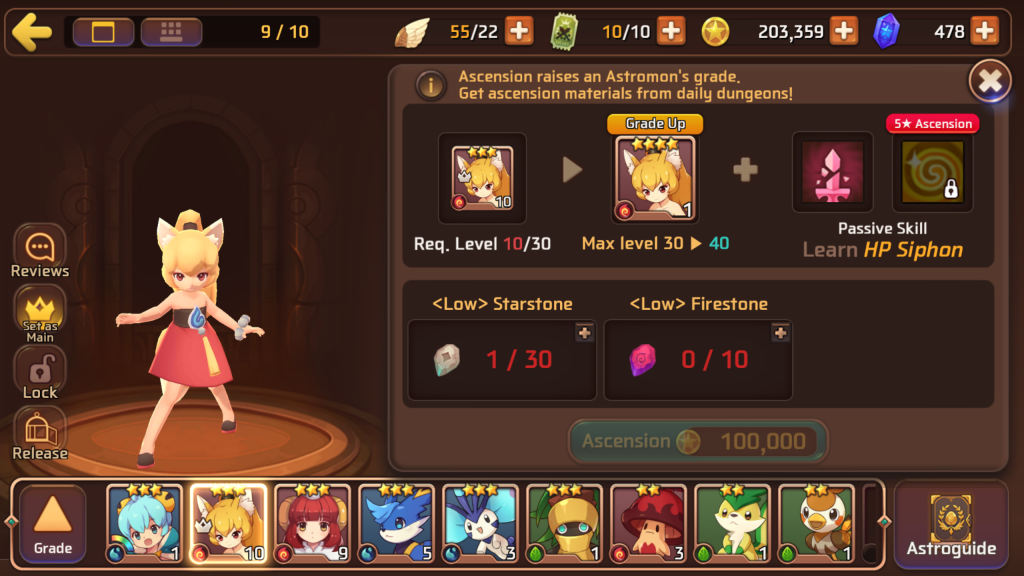 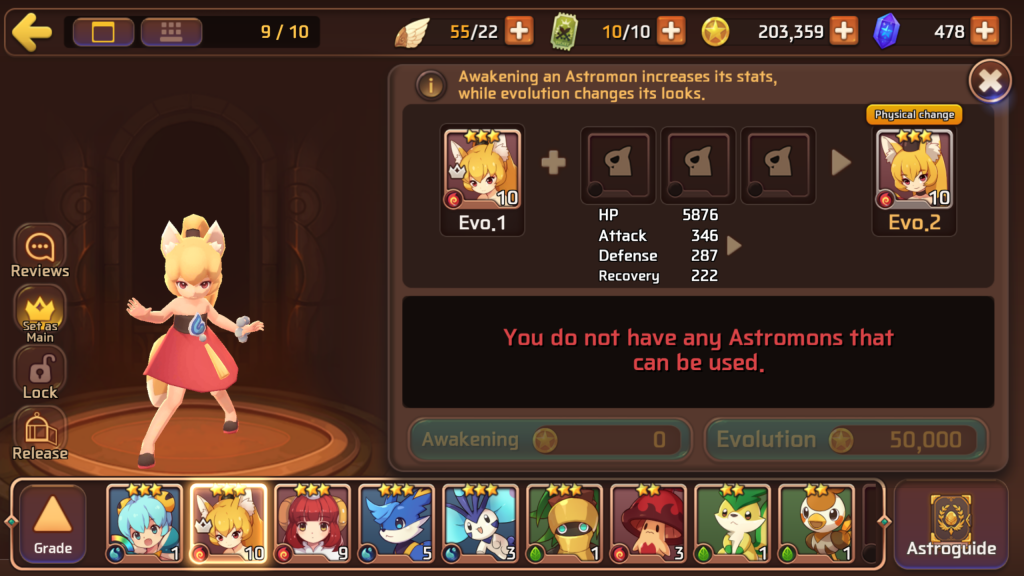 Ascension and Evolution are both very important and honestly not something you’ll be able to do right off the bat. But it doesn’t hurt for you to have a little insight before hand.

To ascend your Astromon you’re going to need Starstones and elemental stones. You can get them by playing through dungeons which you unlock after getting half way through the second story mode area.

Evolution however changes the way your Astromon looks. Bringing them to the next level and raising their stats.

To evolve you need to have variants of the Astromon. Variants can be gotten through Astromon summons at random. They’re rare so it’ll probably take some time for you to get some.