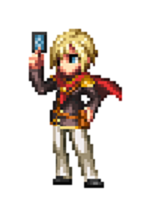 Ace is a 6-star character based around dealing Magic Damage. His stats are spread out in a very good way giving him decent coverage over most major areas that a magic user needs.

Now the big thing to note about Ace is a lot of his skills are a random chance on their effect. He’s basically a roulette character with you depending on luck to get the best outcome.

Each one has an AoE effect and raises in damage the higher level of attack you get. Same goes for his Support hand skill lending Short Burst, Long Burst, and Mega Stop.

Support hand is a single target attack that casts different levels of Stop on one enemy. The higher the level the stronger the attack.

His skill Wild Card is a good one to use once obtained. It deals magic damage with a 2.5 multiplier and negates 2 damage to the caster for 2 turns.

Ace’s limit burst is Jackpot Shot which deals Magic damage with a  4.1x multiplier and ignores SPR 50% to one enemy.

Ace’s downside comes with his equipment and attacks. Like a lot of characters, his armor could be better and leaves him in vulnerable places. But his random chance to some of his skills can be a turn off to a lot of people making him only so good in the long run.

Verdict:  If you’re okay with the roulette effect on his skills then he’s definitely good to use.

Ace is neutral to all elements and status ailments.

Ace can equip Dagger,Rod, and Throwing weapons and 4 armors

A young man who appears in the tales of a world divided into four nations that individually control their own unique Crystals. Ace was taken in at an early age, and has since been raised as a cadet to become Agito, the legendary savior or saviors. As an Agito Cadet he trains with Class Zero at the Akademeia, and wields a deck of magically infused cards as his weapon. Although he may appear cool and collected, he can be quite rash when overcome with emotion. Ace refers to Arecia, who heads Akademeia’s Sorcery Division, as “Mother.” 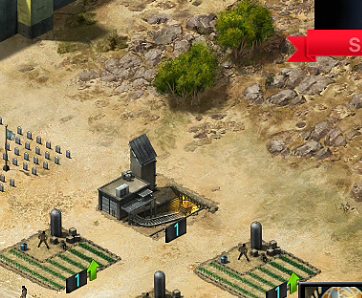