The Naruto Shippuden Ultimate Ninja Blazing Guide is here! Believe it! We’ve got you covered with some tips and tricks to help you tackle the Ninja world and become the next Hokage with this guide. Covering everything you need to know!

Each stage will consist of 3 waves. 2 waves of basic enemies, and then the boss wave. You can either choose to play these out yourself or hit the auto button + double speed button to ease your way through the map. I recommend that you use auto play / speed until you reach the boss stage. 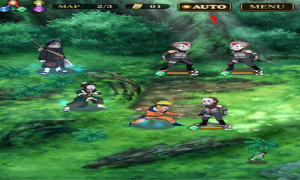 While you’re in auto play your team will not be using any of their Ninjutsu techinques, and during a boss fight of equal skill, you will lose. So take over for the boss fight and micro manage your team. This is also important if you’re trying to clear the 3 objectives for the stage. 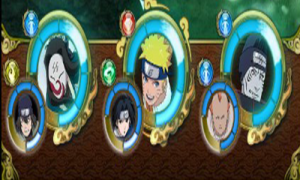 By time you reach the boss wave, you will have full Chakra bars across all 6 characters. Rotate through all of your Ninjutsu techniques first, swapping as you need for Elemental damage boost or for AOE damage if there is a group stacked up.

When you set up your team there are two rows, the front and back row. The front row will be the characters on the field at the start of a level. The back row is the set of characters you can quick swap to when you need them and the 3rd front row slot is for a “Friend” that you pick each stage. 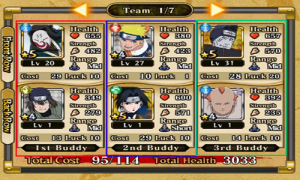 The buddy skills only work with each row they are linked to as outlined below. Buddy Skills have a few assortments such as Boost Attack by X,  Boost Crit rate by X and so on.

Field Skills differ from Buddy Skills by the aspect of being usable by the entire team. The one thing to keep in mind when you’re in combat is the proximity of your characters to each other, and the distance of an enemy character. They also use field skills, for an example- If you stack up your team onto an enemy who can counter as a field skill, every one gets hit. This also applies to Ninjutsu techniques. Positioning is VERY important. 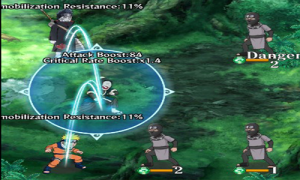 Use the circle as a guideline indication for your Field Skills and the enemies. It is possible to maximize your bonuses and be far enough out of range of an enemy to decrease their field skill. This is also help during a boss fight, where the boss has a high damage AOE. You will take damage for every character hit, and if you don’t have a healer / support on your team, you will be in trouble.

During combat you will see items on the ground, this requires you to move a character over them to pick them up if you need it to survive. For the most part you can over look these, but occasionally a timely move to a health potion or chakra potion positioned by an enemy will not only save you but allow you to combo damage onto the enemy as well. 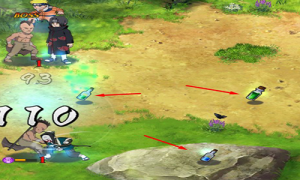 Element Affinities and their match ups

Element match ups will play an important part in the battle system of Naruto Shippuden: Ultimate Ninja Blazing, but this will mostly only be during a boss fight because of how large their health bars are. For bosses you will find their element listed to the top left, next to their name and not on the character itself. 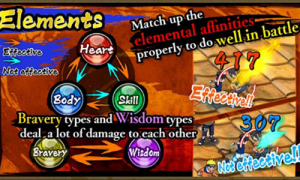 When you’re building your team, you are going to want to try and have at least 3 to 4 different element types to counter the enemy. Unlike other games that limit your teams,  you will be able to swap between characters on the fly and this will help you to maximize your damage against the element. 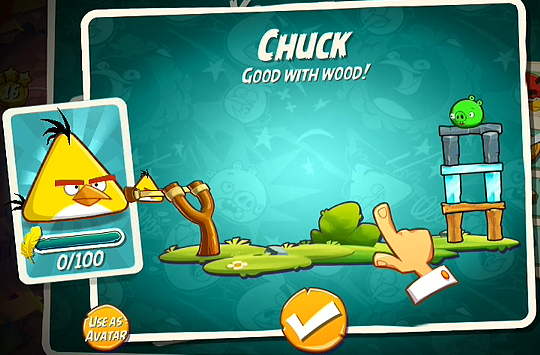