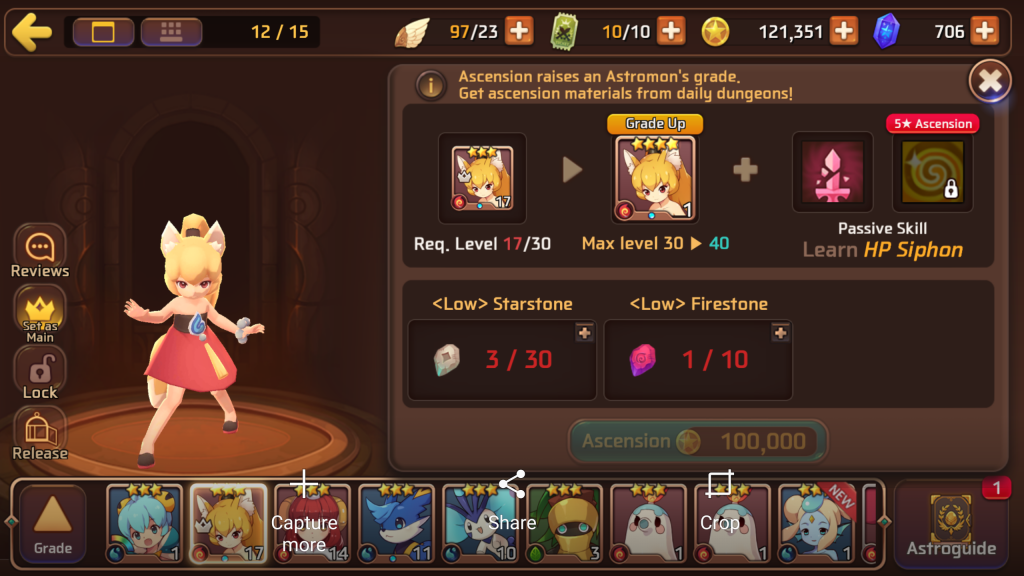 And now we talk about Ascension. Once you’ve evolved some of your Astromon you’ll be ready to ascend them to higher ranks.

The purpose of Ascension is to increase your Astromons rank to the next level. Increasing their rank is very beneficial because it makes your Astromon stronger in the long run.

At first glance trying to ascend your Astromon may seem a little confusing and overwhelming. But it really isn’t as difficult as it seems.

The first thing you need to ascend is of course, an Astromon. So catch one you want to rank up and focus on it with all your might.

After you’ve chosen your Astromon you’re going to have to start hunting for Starstones. These are items you get by playing through dungeons which can be unlocked by going through the story mode. 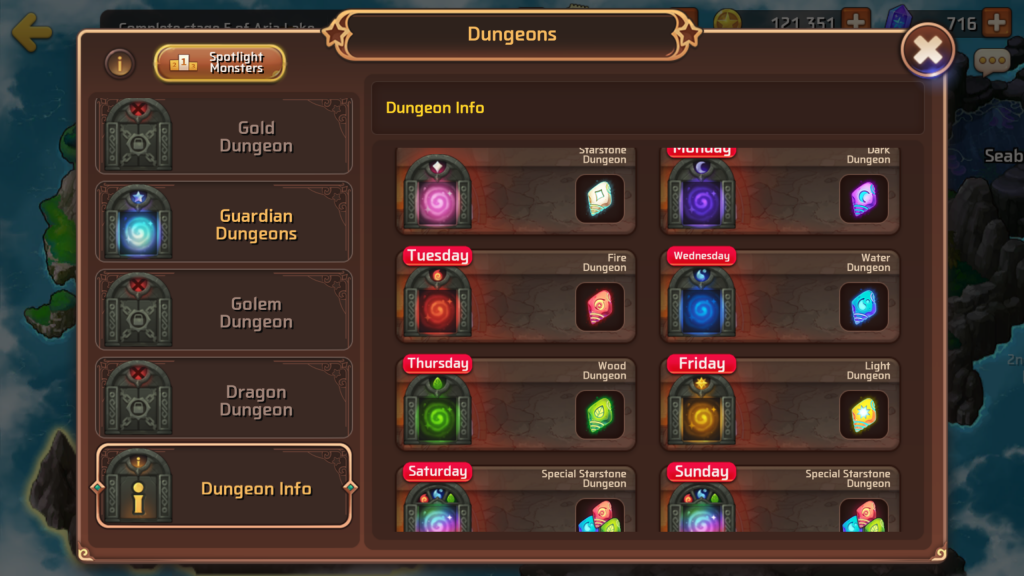 The first dungeon you get access to is unlocked by completing the first story area. In this dungeon you have a variety of dungeons to choose from depending on what kind of Starstone you’re looking for.

The dungeon screen has a list of which ones you can do but they aren’t always open all the time. Most of the elemental dungeons are timed and can only be used on certain days.

Once you’ve collected enough Starstones you’re ready to begin the ascension process. When you choose your Astromon you’ll be given a quota to meet in order to ascend them

The quota will be a number of Starstones you need to ascend them. For example an Astromon may say you need thirty Starstones and ten Firestones.

If you meet the quota then you’re ready to ascend them to the next rank. Though the higher you rank them the higher the quota will be, same goes for the rank of the stone.

Lower ranked Astromon may only require the basic Starstone. But once you get higher in rank you’ll have to start using more.

So make sure to watch for what rank of Starstone you need. The higher in dungeons you get the higher level Starstone you’ll receive as a reward.

So these are the basics of Evolving and Ascending your Astromon. I hope some of you found this helpful and are able to put your newly found skills to the test.

Until next time kiddies, enjoy capturing monsters and making your way to be a Monster Super League Master. 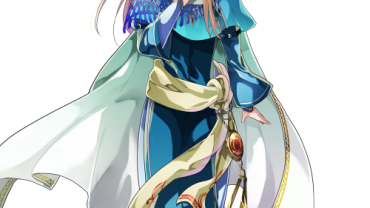