With Mobius Final Fantasy being Square Enix’s latest mobile hit, I have decided to make a simple tips and guide new players on what they should know about the game. 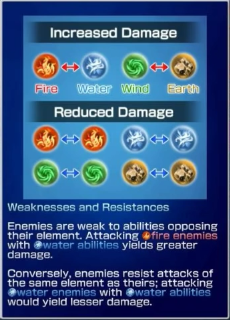 So most element is rock paper scissors type. MFF is not. You gain element resistance by using the same element for defending. When attacking, you use the opposing element. For those that can’t see the picture, the relationship is as follows:

When attacking, each element deals bonus damage to each other.

When defending, you use same element of that monster to take reduced damage.

There are more Jobs Available! 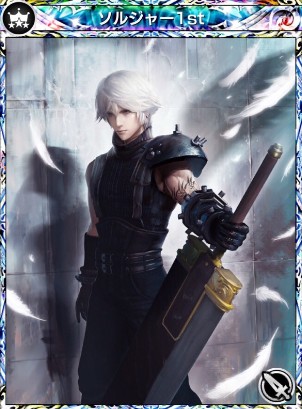 Currently, we only have Onion Knight(Tank), Ranger(DPS and Critical), Mage(Magic). Keep in mind that while the basic starter jobs can evolve their better versions, but Jobs that you can draw from the shop such as the Knight can evolve into Standalone Jobs, which is even better than our classic starters. It can move on to become a Royal Guard and then Imperial Knight. Check out the JP version if you are curious. I can’t read them, so its alien to me. Plus, Standalone Jobs have better stats than all the starter classes.

This is personal preference, but I do know that you will eventually get the things you need, so its not needed. If you don’t like the card you drew, then re-roll it! 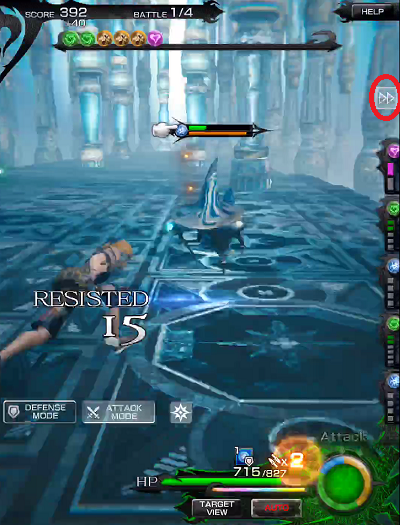 The AI is quite dumb, so don’t expect them to use the right elements all the time against enemies. Once you are comfortable with them, you can speed up your auto-battles by pressing the play button circled in red above.

Use 3 Star Ability Cards in Your Deck

Level up your cards to 3 stars asap so that you attacks become stronger and your support cards are more effective. Use metal cactuar cards to speed up the entire process.

Always put the card you want to level up on the first slot. You get more than double experience there.

Some cards are AoE and attack in a cone shape, while others are strong single target skills. Always keep a mix of both types of cards in your deck. Also, healing is vital in the game during long dungeon battles, so be sure to always have Yuna in your deck!

Remember to use the element drive you don’t want to force other elements to appear more frequently as element orbs.

Work on What You Currently Have

Don’t worry about your cards and whether they are good or bad. Focus on upgrading and maxing their levels to make your characters stronger.

Most people will follow the standard and use 3 offensive cards and 1 support card. You can use 2 offensive, 2 support as well. It just really depends on who you are fighting. I like to bring 1 offensive element against the enemy type and a one of another element. I also like 2 support cards as well. Also, use support cards from your rent because they are more useful unless you have a friend that has 4/5 star offensive cards.