Home
Gaming
Best Clash Royale Decks for Climbing The Arena(1-7)
Hello Clash Royale players! I have played this game quite extensively and have looked at countless guides and videos to compile some really useful info to help you climb in the arena. I gathered all the best decks so you can use it to your advantage.

This is by player: tarjoilija – picture. This is very good as you can climb to arena 4(PEKKA’s Playhouse) as a level 3 player and unlock some useful cards such as Freeze and Hog Rider.

Usually at the start of the match you want to wait for the enemy to make a move. If your elixir bar is about to get full try to spawn a damage dealing unit like Musketeer/Baby Dragon/Giant behind your middle crown tower and prepare for an attack. You can combine it with other units when it’s about to hit the river. This creates around 15 elixir push wave that is not easy to take down.

Constantly keep track on enemy cards and know his weakness. Do they have little to none AoE? You can use Skeleton Army offensively! Do they have Hog/Prince? Save your Goblins/Skeleton Army.

Witch – drop the knight right on top of her when she crosses the bridge. If there are other skeletons/goblins drop the knight and then follow up with baby dragon or bomber

Prince/Hog Rider – drop goblins/spear goblins/knight/tombstone in front of the tower. Don’t let the prince charge up and hit the tower!

Baby Dragon – use your own baby dragon to counter along the help of your crown tower. drop spear goblins when baby dragon is focused on your tower already (it wouldn’t do that much damage)

Giant – Use goblins/spear goblins/tombstone/knight/dragon when giant crosses the bridge. Throw an arrow if the opponent have cheap troops following the giant

X-bow – use knight/goblins/bomber. You want to take our the xbow and the troops they drop in front of the xbow asap.

Check out some of his vids:

This is by player The_RumHam. His card stats: picture

X-Bow The namesake of the deck can feel like the most powerful card in the game, yet I rarely see it at high-level competition. This deck is designed to place an X-Bow to attack the enemy Crown Towers and then make favorable reactive trades to allow the X-Bow clear shots. An X-Bow can 100% kill a Tower if uninterrupted, so that’s what we are trying to do.

I tend to place them in the middle, tilting to one side (so it attacks that way first), but there are times where putting them in a side lane is the correct play.

There are a ton of nuances to playing X-Bow that I’d hate to say there are hard and fast rules. If I draw one in my opening hand, I tend to cast it immediately as a test, but that can backfire if they have a good counter. Late game I tend to wait til 8 Elixir so I can quickly Tombstone or Arrows to protect it.

Tombstone Control decks tend to be very reactive, so I’ll start with the most purely reactive card in the deck. Tombstone is used to block Giants, Giant Skeletons, Hog Riders, and Balloons coming for your Towers and especially X-Bows.

I fell in love with Tombstone the first time I saw it block a Prince’s charge and kill the Prince with the spawned Skeletons. If you take anything away from this article, 3 Elixir Tombstone trading with a 5-Elixir prince is one of the most powerful plays you can make in this deck.

Goblin Barrel Like X-Bow, Goblin Barrel is the type of card that requires an immediate reaction or it deals outsized damage for it’s Elixir cost. The best time to cast it then, is immediately after they cast an expensive card that will not affect the Barrel Goblins.

A very common example is casting Goblin Barrel in reaction to a Prince, then dropping Tombstone in front of the Prince.

Arrows This is a great counter card to so many things… The most common way for people to counter X-Bow is with swarm cards like Skeleton Army, Goblin Barrel, Minions/Minion Swarm, etc. Your 3 Elixir cancelling out their 4+ Elixir every time you cast it is a great tempo swing that adds up over 3-4 casts per game.

If you are playing another defensive deck with Goblin Barrel, using Arrows on their Barrels with negate a huge amount of the damage their decks are able to put out, and you gain 1 Elixir of tempo.

Valkyrie & Baby Dragon A deck can’t be purely reactive, these 2 slots are for cards that we cast when nearing the Elixir cap that we are comfortable sending blindly down a lane. They are well-rounded units that are hard to directly counter, your opponent is never going to wipe all 4 Elixir of value out of them without losing something in exchange. If they trade well and survive, they can function as bait for Arrows or Goblin Barrel.

I suppose these could be any two well rounded units like Barbarians or Knights but I chose Valkyrie and Baby Dragon for having AoE attacks while themselves being resistant to AoE attacks. They can function like a 2nd and 3rd copy of Arrows to counter light swarms while surviving to push the lane.

Valk specifically was added over a prior card because of her effectiveness against Witches, which is one of the most difficult cards for this deck to handle.

Minion Swarm OR Minions This is the slot for our swarm card. Giants, Balloons, Princes, Giant Skeletons and P.E.K.K.A.s of all shapes and sizes get ripped to shred by swarms. I prefer the flying units as more hedging against Witches.

It’s preference whether to use the lower cost 3 Elixir squad. The Swarm is more value for the cost BUT the whole swarm still dies to Arrows, which opens you up to the sort of big tempo swings we try to avoid with Baby Dragon and Valkyrie. If you use the Swarm, be mindful of their AoE spells.

Rocket Fitting that the last card in the deck is often the last card you play. The ideal ending of a game for you is comfortably safe with the announcer counting down and a Rocket in the air.

Defensive Spawner decks tend to match up well against you, so Rocket becomes a much more aggressive play. It can destroy Goblin Houses immediately and often greatly reduce the lifespan of the Barbarian Huts. 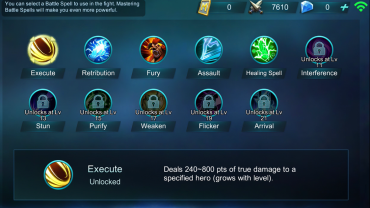