Hello fellow Clash Royale players! Today we will be going over the best arena 2 decks you can use to climb the arena! These decks are created by various Reddit members.

Witch – drop the knight right on top of her when she crosses the bridge. If there are other skeletons/goblins drop the knight and then follow up with baby dragon or bomber

Prince/Hog Rider – drop goblins/spear goblins/knight/tombstone in front of the tower. Don’t let the prince charge up and hit the tower!

Baby Dragon – use your own baby dragon to counter along the help of your crown tower. drop spear goblins when baby dragon is focused on your tower already (it wouldn’t do that much damage)

Giant – Use goblins/spear goblins/tombstone/knight/dragon when giant crosses the bridge. Throw an arrow if the opponent have cheap troops following the giant

X-bow – use knight/goblins/bomber. You want to take our the xbow and the troops they drop in front of the xbow asap.

Check out some of his vids:

Used by locinaguyin. Picture is here.

This decks uses 3 epics, so it will be quite harder to get together if you aren’t lucky with your epic drops. Baby Dragon is given to you early, so its down to lady luck to get Prince and Witch. The rest of the cards will be easy to get and upgrade.

However, you can use Google Rewards to get 10k gold if you are using android.

App is called Google Rewards, and you intermittently get surveys which give around 10-50 cents in Google play credit. It’s not a way to make money fast, as the surveys don’t come constantly (for me at least) but I’ve made around $20 in like 6 months doing it. And the surveys are super quick, like 5 seconds.

Giant + Witch + Baby Dragon – This takes care of most opponent small troops and hard to stop. A 14 elixir push requires you drop any of the cards initially(preferably Giant/Witch) and drop the rest once they arrive at the bridge.

Prince + Witch + Baby Dragon – This push is deadly and can be used to get 3 crown wins. A faster push than the previous one.

Minions – Great against ground troops like Hog Rider and Barbarians.

Arrows – Defending against small troops such as Minion Horde and Skeleton Army.

This is by player DJTeebS. His card stats: picture

Giant Skeleton: The most cost effective tank in the game. His bomb is invaluable for clearing enemy’s that overcommit. Normally drop him with a range behind.

Witch: Great for pushing especially in the 2x elixir minute. This card always forces your opponent to respond. Game winning if you have two in one lane

Skeleton Army: For those pesky Prince’s and PEKKA’s. They also do tons of damage if left unattended. This card is very powerful if you know your opponent just used Arrows.

Goblin Hut: Highly elixir efficient especially when supported by skeletons. Also game winning when you have two in one lane.

Musketeer: Anti-air, anti-tank, and siege? What’s not to love.

Valkyrie: Great against Skeleton Army and Witch. This card played at the right time allows you to build a huge elixir advantage.

Arrows: Highly versatile clear. Use it against barrels and hordes of weaker troops.

This deck’s strengths rely on building elixir advantages with card efficient drops that win matchups. In order to do that, one must adopt a reactive play style. When the opponent plays a card, respond with a counter card. This allows the elixir advantage to build up in your favour so you can punish the opponent when they over commit. Also, play in two lanes! This plays to the decks strengths and heavily disrupts single lane Hut/Tombstone and Beatdown Rush decks. When your opponent expends a large portion of their elixir pool on an attack, counter their army with a fraction of your own elixir pool, then punish the other lane!

For example: * Opponent drops a Giant + Prince to siege your tower. * You respond with a Skeleton Army which easily clears the threat. * Meanwhile drop Giant Skeleton and some Spear Goblins in the other lane. * At this point your opponent has to deal with half a Skeleton Army on one side, and a Giant Skeleton push on the other with about 3 elixir. * If the Giant Skeleton reaches the enemy tower, you can assume there will be huge damage dealt to it.

Valkyrie -> Dragon: Dragon has proven much more versatile as an air unit and is used a strong counter to ground unit pushes (e.g. Barbarians and Witches) and swarm decks. Dragon also had a respectable health pool making it a psuedo tank for 4 elixir. I often drop Dragon and Wizard to clear clustered troops.

Musketeer -> Wizard: While this makes the deck more susceptible to air (e.g Balloons), the Wizard is invaluable for clearing Barbarians and Minion Hordes. Wizard with a Giant Skeleton in front also pushes very easily to the enemy tower.

Goblin Hut -> Hog Rider: One of the latest additions I made to break 1600 cups. Hogs provide an offensive advantage as it often allows me to close out games where the opponents tower only needs a few more hits. Additionally, there is a really strong counter play with Giant Skeleton Hog. I use this combo to counter push the other lane once the enemy has dedicated at least 5 elixir. If the opponent does not respond that’s a guaranteed tower.

This deck is used by stormz13. Deck picture is here. Also check out his last 10 matches.

Here is a thing,if you receive bomb tower in starting hand always use it. Even if you have combo in starting hand,this thing will distract enemies and for 6-7 secs after you can use combo anyway.

Main winning combo: Giant + witch! So,in the beginning when you receive this combo,wait till you get 10 elixir and wait for opponent to make a first move. After it drop giant followed by witch in other lane, its instant tower for you! Fast collect 2-3 elixir and drop spear gobs or bomber to def your tower.

Here is what possible scenarios can happen after it:

*Possible,but then it will be 1-1 in towers where you have bomb tower in deck to protect your remaining tower plus winning combo again 🙂 (trust me its hard to def this thing,esp higher lvl witch).

Congratz,you just won the game. Now focus everything to defend,get those bomb towers,us bombers,spear gobs and musketers. DO NOT,and I repeat DO NOT use giants unless they drop something very very strong (im talking prince + pekka or something like that). Otherwise use witch defensively because with the help of the tower they cant go through her.

*Even if that happen there is no way their tower would have more then 400+/- hp. Now what usually happens in this scenario is they will defend that tower no matter what. Cool,lets do combo on other side. Now you gotta know that with this combo you can get tower easily,they have to defend. Cool,lets throw musketeer on that low hp tower. This usually results in 2 towers for me while he still have that one from the beginning and now he have to go through bomb towers,minions,spear gobs etc..

DO NOT and i repeat *DO NOT throw arrows on skeleton army when they try to defend your combo. They wont do anything,witch will wipe those little skeletons before they even touch the ground.

And one more thing,in last min of the game when double elixir is up your combo is even stronger. Im talking really stronger. Drop giants plus witch on middle of the map,few secs after it drop musketer and spear gobs,or minions and spear gobs or whatever. Thing is,he will prob be forced to use arrows and he will kill only skels from witch,minions(depends on level etc) but main thing is that he will waste precious elixir in last seconds and u will have tower.* 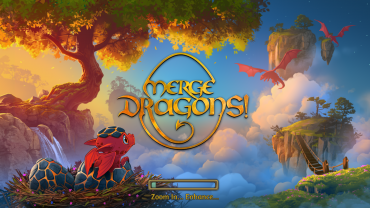