The Hoth Rebel Scout is a fast critical attacker. Let’s take a look at what this guy has to offer to your team.

How to Get[Shards]: Data Cards, Dark Side 6-A, Light Side 8-B, Squad Cantina Shipments

Basic Ability: Bold Maneuvers – Deal Physical damage to target enemy with a 25% Chance to gain 25% Turn Meter for all allies.

The Hoth Rebel Scout is a very niche monster that will gain an upperhand against empire enemies. That means, if you are fighting anyone else that is not from the empire, you will be working with 2 skills.

His first skill is great as it will trigger a 25% turn meter gain for all allies when attacking. This could give your team the boost to go ahead of the enemy. He can also stun a dangerous attacker from moving and go again if it is a critical hit. Since he is fast, he is always going to go ahead of most characters.

He does require a critical leader to be effective though. Unfortunately, he is considered less useful when facing non empire enemies.

Verdict: Not worth it. 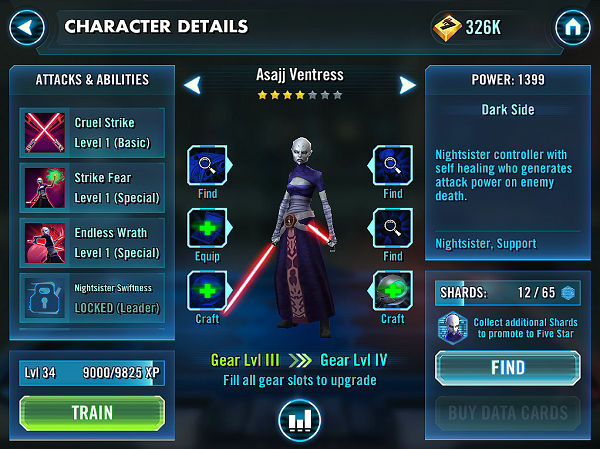