Plo Koon is a support character with good defenses, debuffs, and Clone Trooper synergies. Let’s see what he has to offer to your team.

How to Get[Shards]: Data Cards, Dark Side Battle 7-C, and Holotable Battle 4-G

Basic Ability: Quelling Blow – Deal Physical damage to target enemy and dispel a random positive status effect on them. If an effect is dispelled, Plo Koon gains Defense Up for 3 turns.

Special Ability 1: Force Judgment – Deal Special damage to all enemies with a 55% chance to inflict Offense Down for 2 Turns. (4 Turn CD)

Leader Abilty: Overwatch – Each ally has a 50% chance to remove Stealth from each enemy at the start of their turn. If they dispel any enemies, they gain Offense Up for 1 Turn.

Plo Koon is a great Jedi tank that brings utility to the team. He is able to greatly reduce the damage taken for all allies due to his 2 AoE abilities. The ability to give AoE defense buff to your team and also the AoE attack debuff to the enemy team means you will take very little damage for 2 turns.

The random positive effect removal also comes in handy sometimes, especially against someone like Rey. He is also a great counter against stealth units. So, if someone runs Princess Leia, Teebo or Nute Gunray, he will be able remove their stealth advantage.

For a tank, his health pool is on the lower end but makes up for high armor and resistance. If you don’t want to use Old Ben, Plo Koon will be a viable replacement as a support tank. 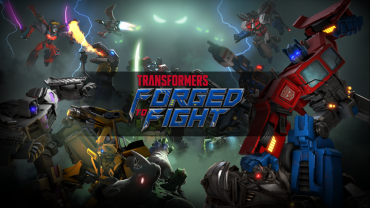