Boba Fett is a tenacious ranged tank with revive abilities. Let’s take a look at this brief guide and see what he has to offer to your team.

How to Get[Shards]: Data Cards, Dark Side 2-B, Dark Side 4-E, Light Side 8-A, Squad Cantina Shipments

Special Ability: Death from Above – Deal Physical damage to all enemies with a 80% chance to inflict Ability Block for 1 turn. (4 Turn CD)

Unique Ability: Mandalorian Resolve – Boba Fett has a 35% chance to revive at 30% Health whenever he is defeated. In addition, Boba Fett gains Evasion Up for 3 Turns whenever an ally is defeated.

Boba Fett is a good tank with decent disruption to be in any team. His AoE damage with ability block is vital to your damage dealers killing off a squishy target when their enemy team has healers and taunts.

His early gear upgrades focus on damage, so he actually hits hard quite early. He also gains evasion when an ally is defeated, making him even “tankier”.

I recommend you use him in a high critical rate team. Think Luke Skywalker/IG-86/Nightsister Initiate. Anyone that has high innate critical rate is a great ally for Boba Fett.  Also make sure to pair him up with Old Daka for an even higher revive chance.

His downside is his speed. If you want his ability block to get through, you need him to go first in the arena, but that is not the case due to most arena units like Darth Sidious/Dooku going first.

Verdict: Get him for your Dark side team. 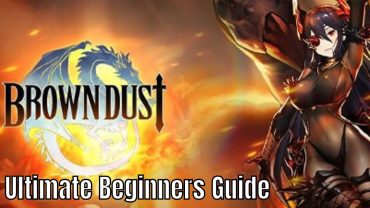