Hello fellow SWGOH players! Today we will be going over all the different team setups you can use to help you out in the game. Some will be harder to form than others. However, with the upcoming patch where there will be challenges and you have to use certain characters/teams, it is wise to start building them now. You obviously can mix and match anyone, but we will be going over specific team types.

This is a rare team that not many will build, but they are actually a decent team. The core leaders can be either Old Daka or Asajj Ventress, with Asajj being the leader due to her speed buff. This means Old Daka will be very fast and often attack first. Nightsister Initiate hits quite hard with her second skill. Old Daka provides stuns, team heals and revive. Asajj and Initiate will provide the majority of the burst with Acolyte and Talia being supports. This works well if you want to move first in the arena and lock down the squishy targets.

The Jedis has the widest selections and probably the most popular team. All the signature heroes are all Jedis. I think Qui-Gon Jinn is the best leader if you want to move first in the arena. If you want offense, then Anakin or Mace Windu should be leader. If you want healing, then Barriss or Luminara should be the leader. For counter, then Ima-Gun Di is the best choice. There are so many options here. I didn’t add Old Ben in here as he isn’t farmable and also one of the hardest ones to get.

So the First Order Team is very powerful, but lacks healing. You can sub out a few members for some healers. The big 3 in the team is Captain Phasma, First Order TIE Pilot(FOTP) and Kylo Ren. FOTP has very high single target burst damage but he is hard to farm. He is an end game character. Kylo Ren is tanky and can deal massive AoE or single target damage. Captain Phasma gives advantage to all members and gives other members extra attacks. Since every is first order, the effect of her leader ability is doubled. A very fun team to build, but it will be time consuming and harder to obtain, especially FOTP and FO Officer.

Now, I didn’t put Lobot in here because his kit is lacking. His AoE heal is only 5% and requires cleansing of debuffs for more heal percentage. Most people will be using HK-47 for the critical and turn meter bonus. This means your IG-88 and IG-86 will hit even harder + get their turns faster. With Poggle the Lesser’s speed buff, your droids will be going first in the arena against most teams. Some also like to use Poggle’s leader skill that gives offense to both droid and geonosian allies. This is if you decide to put the Geonosian soldier in your lineup and forgo a healer. Keep in mind Geonosian Soldier provides assist attack on a 2 turn cooldown and hits very hard. IG-100 can be excluded here if you go the pure damage team. This team does get easily destroyed by anti-droid abilities though. Keep that in mind.

The rebel team provides very strong single target burst. This is ideal for people that enjoy killing your enemy quickly, especially other squishy damage dealers. Admiral Ackbar provides the speed and allows most of your rebel members to go first. Stormtrooper Han, Admiral Ackbar is vital to you going first. With the speed buff, Stormtropper Han will activate his 3 turn taunt. You can then use Princess Leia and Luke Skywalker to nuke down their damage dealers. The Rebel Scout and Soldier aren’t too viable, but they can be fit into the team if you want. It is recommended to bring another healer like Jedi Consular or Luminara.

This is one of the most offensive teams you can build. All members can deal tremendous amounts of damage. With Count Dooku being fast, he is almost always going to go first unless you run into a speed team. Darth Sidious should be the obvious leader here with his critical buffs. You are welcome to sub out Savage Opress for a healer on the dark side campaign maps. Old Daka would be good.

This is also a very offensive tanky team with plenty of debuffs. Grand Moff Tarkin is not farmable, but he gives the all important offense down to all enemies. To go first, Grand Moff Tarkin needs to be the leader for the speed buff to all empire allies. The Stormtrooper is able to taunt to keep key targets from getting attacked. For offense, General Veers or Darth Vader will do. This team lacks healing as well, so you might want to sub out the troopers for healers. 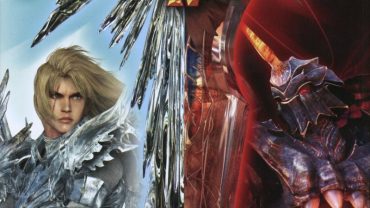