A character based on the beautiful and awesome singer Ariana Grande! Wow…was not expecting this. 🙂

Dangerous Ariana is a Magic Damage and Support character giving her wide range of play styles. Her stats are well rounded for a 6-star and for the roles she’s playing.

Her skills heavily fall on casting debuffs and buffs while also dealing some damage in between. Her skill Mesmerize casting a 30% chance of silence and sleep to all enemies.

Dance Tune and Slow Ballad are great support moves to use for your party. Dance Tune giving a 60% boost in attack while Slow Ballad gives the same 60% to Magic.

Soul Voice is a must for this character because it halves the MP needed to use her song skills. And those are what you’re going to be using most out of everything.

She has some magic to give her some offense but its pretty basic stuff. Thundara, Thundaga, Biora, Bioga, and Osmoses. These spells give good elemental damage and DoT effects.

Her final skill is Pre-Chorus and it increases her Limit Burst gauge fill rate by 150% for 3 turns to all allies and increases likeliness of being targeted by 30% for 3 turns.

As for her actual Limit Burst, which is called Touch it….yeah. It deals Magic damage with a 3.9x multiplier and decreases dark and lightning resistance by 25% to all enemies.

So all around Dangerous Ariana can be used as a pretty good support or a decent magic damage character. But her downside may not be so bad depending on what kind of player you are.

Her equipment is nothing too special giving her about the same problems any other magic user or support has. The only difference is her exclusive equipment and the effects it gives.

Verdict: There are better support and magic damagers in the game. But if you like the artist she’s based off of there’s nothing wrong with using her.

Dangerous Ariana is neutral to all elements and status ailments.

A beautiful singer from a distant world, whose goal is to bring love and grow peace in the realm. Born as a talented young singer, she started performing from a young age. She became committed to her passion for music and eventually became a popular singer. 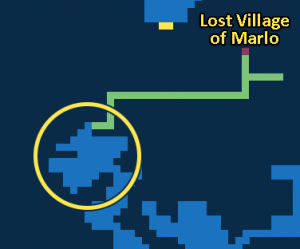