Dispel (Remove all status effects from one enemy), Curaja (Heal (1000HP, 3.4x) to all allies) and Esuna (Cur poison, blind, sleep, silence, paralyze and confuse to one ally) make Alma a standard healer. Stone Throw keeps her good in the very early game since 400 damage for a 0 MP attack won’t be surpassed to about the end of the first island; but after that? Alma’s late game ability is a mage attack Ultima (Magic damage (2.8x) with ignore SPR (25%) to all enemies) is awesome and all, but it’s as misplaced as Shadow and the phrase ‘great unit’.

Well now, here’s something that’s awesome about Alma. Lordly Robe is in fact a quite powerful, so much so one could say it may even be the best chest gear for some caster units. With its stats (Type: Armor (Robe), Stats: DEF+45, MAG+35, SPR+35, Additional effect: Auto-Protect, Auto-Shell) it easily surpasses Magi Robe as the best caster chest and is tied with Minerva Bustier for the best healer chest.

Alma has a high innate sprit but she can’t take advantage of it without some serious help. Also, while Alma can cast most spells in the game, green magic is better on a support unit, black magic is better on a caster, and she already has access to most of the good white magic (except Trust Master Rewards). Alma reminds me of a clay statue that was left unfinished, great potential in the future, quite lacking now.

Alma may fill a team role as both an early game support and healer, but as the game progresses since she can’t do either of them well, she will be outclassed by other units. Alma has an awesome Trust Master Reward, and that’s worth keeping her on a Trust Farming Team, but outside of that she’s fairly mediocre.

Verdict: Great support unit for early game but still outclassed by other supports like Lenna the recently released Ramza.

Alma is neutral to all elements and status ailments.

Alma can equip no weapons and 3 armors

A young girl who appears in the tales of holy stones known as auracite in the distant world of Ivalice. Alma is the youngest in the honorable House Beoulve’s line of succession, and is a cheerful and bright girl, adored by her closest brother, Ramza.

After losing her childhood friend Tietra to the events that unfolded in the Battle of Ziekden Fortress, she began to question the motives of her two eldest brothers, and decided to join Ramza on his quest. It wasn’t long before she too was caught up in the web of conspiracies crisscrossing Ivalice like tripwires. 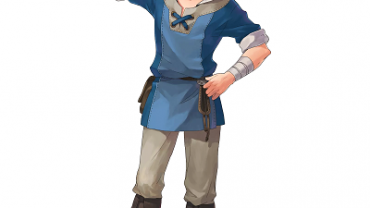