The third boss trial boss, Intangir the Sleeping Lion is tougher than the Demon Chimera, but the dynamics of this fight make it doable with a solid team and a good strategy. Intangir likes to wipe unprepared parties, so read the guide, get the team, and go get your Enhancer.

Don’t be fooled by Intangir’s lack of magic resistances, you still don’t want to cast magic on him, on yourself, or at all, unless you have some serious magic damage mitigation buffers and debuffers. Whenever you cast a spell Intangir will cast meteor on you. Spells are any ability that are White, Green, or Black, everything else is okay but Intangir will still counter attack.

Turn 1: Cast, Attack, and do whatever else you can. Free turn.

At 50% and 20% Hp: Intangir will cast meteor regardless of what you did the previous turn.

Defeating Intangir is quite possible with good planning, as with the Demon Chimera though you may want to have a 5 star team for all 5 slots. Since meteor is a non-elemental magic spell there is no Bar spell to use to defend against it, and Celes’ Sealing Blade won’t work either.

For newer players, Lasswell and Fina are okay again, but Rain is a bit weak and should be rotated out by a better melee character.

Both: Since this battle is in the Vortex you can bring a friend along. I HIGHLY recommend someone with Full Break, Warrior of Light is probably the best choice, Vaan is a distant second, and Duane is a very distant third.

Turn one is a freebie, so buff and debuff all you can, using Cheer and Full Break will set you up nicely for the next few turns, albeit once Intangir goes to sleep he cast a +Defense Buff, so the effectiveness of Cheer and Full Break’s defense reduction will be short lived. On turn two you can either guard until the defense buff falls off in three turns or fight past it. If you do choose to wait out Intangir’s defense buff, then having a unit with Attack Song (from an evolved Siren) can put you back at the Cheer +attack range. The issue with Songs in general though is they will need to be cast each turn, since when Intangir wakes up to attack he disables all songs.

As the turns go on, you’ll be taking in damage from Intangir’s attacks, while not as bad as meteor they still pack a punch. However healing is limited to either non-magic based abilities like Chakra and Healing Force, or items. If you’re going the route of attacking every turn, then using abilities like Full Break, Barrage will take Intangir down, but be careful when he gets into meteor range at 50% and 20%.

On the turn before Intangir drops below 50% and 20%, focus only on healing your units back up to full health. Next turn have only the unit using Full Break attack, and everyone else should be on guard, albeit if you wanted to cast magic you could since you’ll be receiving a meteor no matter what you do.

After Intangir cast his meteor, use ITEMS ONLY (or non-magic abilities) to heal your party back up and then keep whittling him down until the fight is over.

So you have 3 Kefkas, a Celes, a Lenna, and a Warrior of Light friend? Awesome, let’s do some face melting then. This team setup is a bit easier as far as what turns look like but it requires having a more specific unit combination and it’s not recommended for that reason.

The point of this team is to take advantage of Intangir’s lack of elemental resistances and just Blizzaga him into oblivion with elemental chains. Focus and Full Break should keep your team alive and Lenna’s Curaja should heal your party back up each turn. I’d recommend throwing Cura on Celes though just in case. Extra bonus points if your WoL friend has Cura and Icebrand since Icebrand can help chain elemental attacks, and his Blade Blitz attacks 3 times meaning you could possibly get a 7 chain. Meteor or no, that would make quick work of Intangir.

Cloud of Darkness (high resist, but meteor is non-elemental) 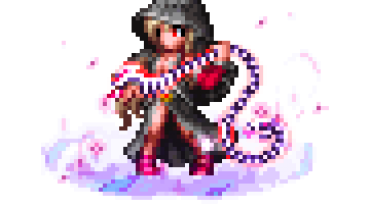