The second boss (Demon Chimera) of the Vortex is a lot tougher than the White Dragon, you could beat the White Dragon with a low level team if you had units that could poison and either sleep or paralyze. The Demon Chimera is a lot stronger, hits harder and is fully immune to all status effects except sleep.

Might be better to say what the Demon Chimera isn’t immune to after looking at that. Normal attacks work, sleep works, but at a reduced rate and has a higher chance to fail, water, aero, stone, dark and holy are the only magic attack sources that will work outside of element free magic attacks like Hyper Drive and Meteor.

Turn 2: On Turn 2, Chimera will cast Blaze or Thunder. As we do not know which skill it will cast, Players will need to get your Barfira and Barthundara up by Turn 2

Turn 5:On Turn 5, Chimera will cast Snowstorm, so be prepared to apply your Barblizzara.

After turn 5: After Turn 5, it’s just alternating between skill 1 and 2, so make sure you just top off the low HP units and finish the match.

Defeating the Demon Chimera is quite possible though, but unlike the first trail boss, you may want to have a 5 star team for all 5 slots, a notable exception being Krile, who can Dualcast the Bar spells, which makes her a great asset to any team.

For newer players, Lasswell and Fina are okay, but Rain is a bit weak and should be rotated out by a better melee character.

If you have Krile, awesome, if not it’s okay, but make sure you do collect the 3 bar spells (fire, ice, lightning). Ideally the your support unit can cast Level 3 Green Spells, and be a backup healer. Krile does the best job of this, but bringing a second healer who can cast the bar spells would be your next choice.

The beginning of the match follows a formula, so stick to that if you want to live. On turn 1 if you don’t have a Krile, then I’d recommend to start casting the Barfira and Barthundara buffs, by your 2nd turn both should be up. If you have a unit with Fullbreak, awesome, if not having Magic Break and Armor Break would be acceptable alternatives. Guard is a useful skill on boss battles where you know their going to launch a big attack and guard should be used in conjunction with the bar spells on turns 2 and 5.

After turn 5 this fight gets easy, so if you can survive the beginning, you’ll come out victorious and one Force Armor better for it.

Barfira – Increase fire resistance (50%) for 3 turns to all allies

Barthundara – Increase lightning resistance (50%) for 3 turns to all allies

Barblizzara – Increase ice resistance (50%) for 3 turns to all allies

Poisona – Cure poison to one ally 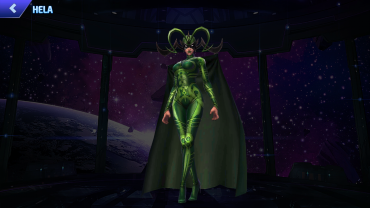