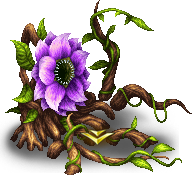 The sixth trial boss may not have the waves of the Surging Menace but Attack of the Antenolla features a boss with multiple parts which makes for a challenging fight! You’ll need a well-equipped team and a good strategy to handle this overgrown plant. And even if you breezed past other challenges in the past you’ll still need to read the guide, prepare your team and follow the strategies to clam your own Thorned Mace!