Tilith is the must have unit of this collab (sorry Elza) and even then Tilith isn’t the best healer right now (that honor goes to Refia). No, the reason why you want Tilith is because a few months from now Tilith gets a 6-Star form and upgraded Tilith is the best healer in the game hands down. Of course even now though Tilith is still a top notch healer and for anyone not sporting a Refia might give Tilith some serious thought as their teams main healer.

Tilith’s Goddess’s Protection – (Statistics: Type: Special Ability (Passive), Effect: Nullify all status ailments). This may not be flashy, but it effectively makes your unit immune to all status ailments including petrify. This is a great Trust Master for Arena and boss fights alike and is slightly better than Ribbon since this uses a materia slot rather than an accessory slot.

Tilith is awesome but still has a few problems. She lacks access to weapons like Alma, so no staff, and she lacks raise which might be a turn off for a few people. Once she gets her 6-Star form she gains access to Arise which is Raise + Full Heal but until then Tilith might only be a great support unit.

Tilith is neutral to all elements and status

Tilith can equip no weapons and 4 armors.

A prominent goddess in lore from another world where humans and gods share a history. Tilith pledged her service to Lucius, the god of the Gate, and fought many wicked and formidable gods alongside a certain summoner. She maintains an upbeat attitude, and places unshakeable faith in both her master Lucius and the one she calls “my Summoner.”

Although her innocence may make her seem childish, her divine powers are of the highest caliber. Tilith’s selflessness and deep affection for her friends drive her to do whatever is necessary to rescue them from peril. 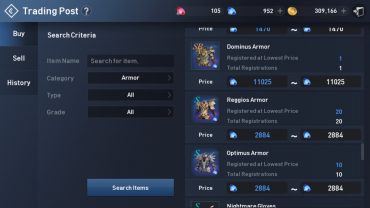