The second 6-Star healer Santa Roselia also happens to be a global exclusive unit. She boost some impressive healer stats and good abilities, her one single drawback would be the lack of Raise or Full-Life but Santa Roselia still is decent enough to come in slightly below Refia in terms of healing ability, which for those of us who don’t have a Refia, Santa Roselia would be a good substitute.

Santa Roselia brings along these notable active abilities:
• Esuna & Cleanse & Stona, can remove any status ailment
• Curaja (Heal (1000HP, 3.4x) to all allies), can’t be a healer these days without having this all important spell
• Dispel (Remove all status effects from one enemy), useful on boss fights and arena
• Healer’s Resolve (Increase SPR (60%) and reduce ATK (30%) for 4 turns to caster), only drawback is that you can’t cast a spell after using it, good first turn spell however
• Entrust (Use own LB gauge to fill ally’s gauge), solid ability if you have a unit with a good limit break

Pure Heart (Statistics: Type: Special Ability (Passive), Effect: HP/MP +15%, SPR +20%), it’s the more healer centric version of Seria’s Seal of Protection. While Pure Heart is a decent Trust Master Reward, it is not as game changing as it’s DPS equivalents are. Solid TMR but you probably have other things to farm.

If Santa Roselia at least had Raise she would be knocking at Refia’s door for the top healer spot, but its lack might be a glaring void for a few teams. With no insta-Reaper KO ability if you use Santa Roselia in arena plan accordingly since Cloud of Darkness is a common unit to face and a difficult one to beat without having good gear. Otherwise she’s a top notch healer.

Verdict: Decent TMR for healers, the 2nd best 6-Star healer (well it’s only out of 3 right now), but without raise you have have to dust off that Terra or Tellah and use them as your mage and Raise support unit.

Santa Roselia is neutral to most elements and all status ailments. She has 25% defense against Ice.

Santa Roselia can equip three types of weapons and five types of armor!

A white magic expert born into the community of researchers that would one day become Mysidia. Santa Roselia immersed herself in magical research simply because she was good at it. However, her inability to cure her fellow researchers when the plague struck made her keenly aware of her own limitations. 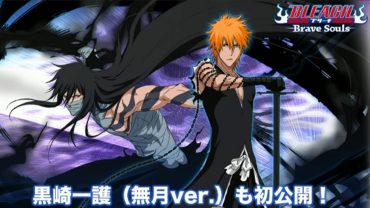