Krile is a very versatile red mage. She offers your team both offensive and defensive options. Like Vivi, Krile’s biggest use is her dualcast ability. She can cast spells twice. All the spells she learn are white and black magic, but she can also equip green magic.

Since she can learn cura, she can cure your team about 1000+ health per turn, which is super useful if you are fighting bosses such as the White Dragon or any high health boss. With lightning and wind spells being her forte, she also does well if you need more magic damage.  Her trust master reward is Thundaga, which is great for anyone that needs lightning damage but don’t have it in their arsenal.

Her limit burst is regen for all allies. I personally think regen isn’t all that useful in the game over pure healing since most battles end in a the first 3 turns.

She is now available as a 5 star! When you equip a staff, you get 30% magic bonus! This is excellent as she deals more damage! Plus, she can now cast curaja TWICE to all allies, making her one of the better healers! A must have to keep your team alive.

Krile is neutral to all elements and status effects.

Krile casts regen on all allies!

Krile’s equipment selection is decent, with 4 weapon types she can use and she can equip a light shield, which most mages can’t.

A young girl whose story is told in a tale of crystals, from another world. Krile is granddaughter to Galuf, one of the Warriors of Dawn, and princess of the kingdom of Bal. She joined Bartz and his companions after her grandfather fell in battle at the hands of Exdeath. Having the ability to understand animals and the sort, she is said to have helped facilitate communication between Bartz and his partner Boko, Lenna and her family’s wind drakes, and Faris and her sea dragon Syldra. 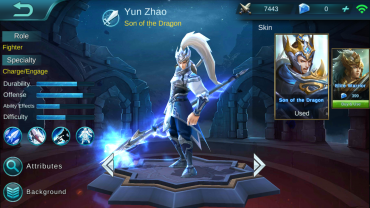