Minifilia is a 6 star character with stats fitting for her build of being a Support role. Now she is completely outfitted to be a Support and might actually be one of the best in the game.

All of her skills are designed to protect from damage and set up plays for the rest of the team to deal heavy damage. The fact that she can cover so many different kinds of resistances and give out buffs is really impressive.

One of the best things about her Support is she covers every single elemental resistance there is. Flame Guard for Fire, Frozen Guard for ice, Static guard for lightning, Aqua Guard for Water, Breeze Guard for wind, Soil guard for Stone, Shining guard for light, and shadow guard for darkness.

So on the coverage side she is built in every perfect spot making her the best resistance support you can get. But ontop of her resistance there is still her buffs that she can give.

With her Call To skills she can buff Attack, Defense, Magic, and Spirit all by 100%. That’s a massive amount to get a buff for and it plays in great with the resistance buffs she can give out.

Her limit burst Leader of the Dawn follows the same theme as well. Dealing heavy physical damage and buffing some of her allies stats as well.

As a Support there really isn’t much bad to say about her. She has pretty bland equipment but other than that she’s an amazing character.

Verdict: Must have Support unit

Minifilia is neutral to all elements and status ailments.

Minifilia can equip 4 weapons and 4 armors.

A Hyur hailing from Eorzea who appears in the tales of the world of Hydaelyn. Minfilia is the leader of the Scions of the Seventh Dawn, an organization that has become involved in the multinational issues concerning the primals. Resolved to save Eorzea at all costs, she set up camp in Vesper Bay, west of Western Thanalan. Believing that those touched by the power of the Echo will act as the trump card to solve the dilemma concerning the primals, she is in search of those who can wield it, as well as any other adventurers willing to help her group’s cause. 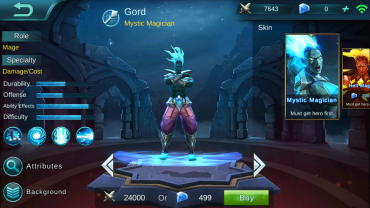