Sorry Fina, sorry other Fina(Witch), sorry Garnet, Lenna, Rosa and Roselia. Refia just usurped you all as the healer of choice. This unimposing figure just turnt it up and set the new standard of healer girls; the rest of them just got left in the dust.

Refia brings all the standard healer spells of Curaja (Heal (1000HP, 3.4x) to all allies), Dispel (Remove all status effects from one enemy), Esuna (Cure poison, blind, sleep, silence, paralyze and confuse to one ally) and Stona (Cure stone to one ally), along with newcomer Full-Life (Revive one KO’d ally (100% HP)) which is upgraded Raise, and Embolden (Increase ATK/DEF (45%) for 5 turns to all allies) which is an upgraded Cheer, and Kazus Pendant (Increase resistance to silence, paralyze, confuse and petrify (100%)) which makes Refia immune to most of the worst status ailments in the game.

Mentality (Statistics – Type: Special Ability (Passive), Effect: MP +20%, SPR +30%). Stat boosters may not be sexy or flashy but they’re solid and most are stackable, more MP and Spirit make any healer last longer and more efficient.

Refia is the first standalone 6-Star healer, comes out as a 4-Star unit which makes getting her easier, has great abilities, and can carry a team through future content. Refia might not be the flashiest healer around, but she’s solid enough to last for a while to come.

Verdict: Great abilities, decent (and stackable) Trust Master Reward, useful Limit Break, solid general healer for a while to come, may not have some of flashier moves that soon to be released healers have but Refia is a good and solid pull.

Refia is neutral to all elements and status ailments.

Refia can equip 3 weapons and 4 armors.

A young girl hailing from another world where tales are passed down of the Crystals and the Warriors of Light. Having been raised by the mythril smith Takka, Refia grew up to be a straightforward young lady.

However, she had her doubts about continuing the strict smithing training her father had encouraged her to pursue as a career, and eventually decided to join Luneth and the others on their quest as Warriors of Light. As the only girl in the party, her feminine side shows in how she dislikes becoming a toad to enter certain dungeons, or in the interest she displays for Ingus and Desch’s love stories. 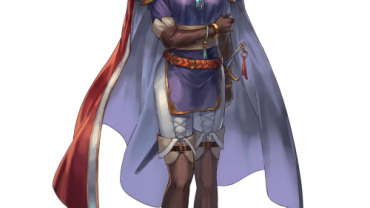