Gilbert is a bard that specializes in inflicting status ailments. He primarily is a defensive unit that offers some damage. I would definitely classify him as a support that is useful for boss battles. He has AOE with 30% chance of sleep/confuse/silence songs. He also has Blade Bash, which makes him a viable unit to use vs Bosses.

So when he gets to 5★, his usefulness really skyrockets and I suggest you use him in Colosseum or Boss Battles. The reason for that is he has 40% bonus Atk to all physical attackers (Cheer), plus he can boost both your team’s defense and spirit, which makes them take less damage from both physical and magical damage. This is vital against bosses as they hit hard and reducing damage taken means most of your mages will survive much longer.

His limit burst improves both attack and magic for all allies, so that makes him a versatile pick in a hybrid party. While he does have a powerful trust master reward in Dream Harp, it is only usable to the few musical instrument wearers.

The downside with him is that he has very limited armor/weapon selection and he can’t use any type of magic at all.

Update: After this update to 6★, Gilbert becomes a lot more viable than he already was. His stats getting much better and giving him the addition of Traits. The added 6★ level makes Gilbert all around a much better unit than he was before.

Verdict: A viable replacement for Fina if you already have another healer.

Gilbert is neutral to all elements and status ailments.

Gilbert can equip 3 weapons and 4 armors.

A bard who sang to the masses about life in faraway lands. To the common folk, Gilbert was a treasured source of information, but to those in power, he was a threat. Countless assassination attempts could not dissuade him from calling, however, and his legacy lives on to this day. 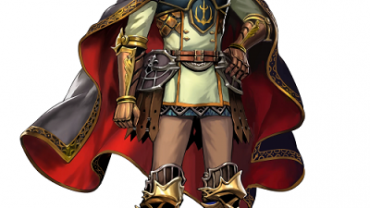