Hope bring along a jack of all trades skill set to FFBE, able to cast most spells at 5-Star, having access to most of the –ga spells and having Esuna and Raise make Hope a fairly versatile character, think of Terra, but without Gravity and more elemental coverage. Hope isn’t a bad character to have, it’s just hard to be a good 5-Star base in a 6-Star world.

Trust master
Hey did you hear about that new Trust Master?
No, what is it?
It’s Nue.
Yes, you already said that.
No, I mean its Nue.
Yes… and?
Nue?
As opposed to old?
facepalm

Nue (Statistics – Type: Weapon (Throwing), Stats: ATK+51, MAG+82), this is an odd one. It has great +MAG on it, but its usefulness might be limited to Hope. The other TMR throwing weapon, Rising Sun, is more suited for physical DPS, and most units that have a Throwing Weapon slot are physical DPS. So while Nue has some decent stats, it’s a fairly niche weapon.

Verdict: If Hope was out when Global went live, Hope would have sat on the top Mage spot for a while, competing with the likes of Kefka, Golbez and Exdeath. As it is, Hope is really only useful for new players and now, unlike Exdeath, he doesn’t have a 6-Star form, won’t be getting one like Kefka, doesn’t have Double Black Magic like Arc, and is now outclassed by other, better units. And I had such high hopes for… Hope.

Hope is neutral to all elements and status ailments.

Hope can equip 4 weapons and 6 armors.

A boy who appears in the tales of a world where the gods toy with humanity’s fate. While Hope was on a trip with his mother in the seaside town of Bodhum, the military found the mysterious “Vestige,” prompting the immediate banishment of everyone in the area.

Hope then witnessed his mother’s death amidst the turmoil, and blamed the young leader of the civilian forces, Snow, for its occurrence. Swearing revenge upon Snow, Hope headed toward the Vestige, where he was eventually cursed as a “l’Cie.” 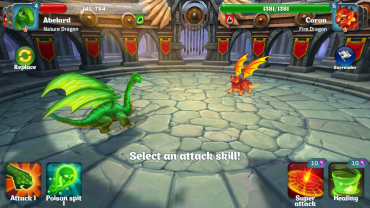