Marie is a 6 star character with pretty good stats for a mage and is a Support character. And I will immediately start by saying she does not have to be played as a support.

Marie has so much damaging  magic you could easily play her as a magic debuff character and be perfectly fine. Being able to do both makes her extremely usable and one of the better 6 stars in the game.

And at the same time on her support side she has debuffs like confuse and sleep but also buffs with Protectga and Shellga. Her ability to support in such a simple and seamless way is incredible.

And her skills make her all the more dangerous if used well. She has her basic buffs MP +30%, SPR +30%. But its skills like Anti-Element and Auto-Refresh that make her so viable.

Auto-Refresh recovers 5% of her MP every turn allowing her to cast her spells more often. and Anti-Element gives 40% decrease of elemental resistance to enemies.

So having that makes her magic far more effective, giving her an even better standing as a magic support character. And we’re not done yet.

Upon the counters they have a 25% chance of activating a number of different effects and each one are great in their own right. Marie is an all around good character with so much coverage it’s ridiculous.

Even with her final Love to All she grants 50% resistance to all elements for 3 turns on all allies. Giving some great defense against many elemental using characters.

Her downfalls start to come in around her armor because honestly Marie does not have many down falls. She is very limited on weapons and armor and the armor is the issue. She also can’t use anything else besides green magic!

Marie is a mage meaning she is fragile and dies easy so not having good armor is a bad thing. But for how many supports she has and how much debuffs she can dish out you can easily compensate for the lack of protection.

Verdict: Get her ASAP!

Marie is neutral to all elements and status ailments.

Marie can equip 3 kinds of weapons and 4 armors

A skilled green mage from Mysidia. Although most of the mages of her homeland, including those who are prominent, are considered to be strange characters in their own right, Marie stands out among them due to her unusually boisterous and energetic personality. Rumor has it that the comrades she supports in battle even enjoy watching her taunt the enemy after she has enfeebled them with her magic. 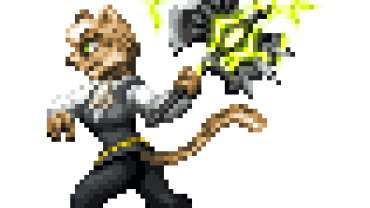