Roselia is the pure white mage that you should be happy that you are able to pull her. Now she owns all of the major white magic spells that will keep your characters suffering from any status ailments. She can cure poison, stone, silence, paralysis, and disease, which are all annoying status effects to have, especially stone and paralysis.

Her healing power is the best among all the support characters. She has AoE cura, curaga and curaja, which are vital to keeping your entire team healthy. Krile is the next closest unit that can heal a good amount of health with dual cast. Her only offensive spells are Banish, but you won’t be using too much of that as Roselia is mostly used as a full support healer that is extremely useful in long boss fights.

Her limit burst is another AoE heal with AoE status effect cleansing. With her in your party, you will never have a problem with clearing and nasty status effects.

Her weapon and armor selection is quite limited, but you will have no problem finding her gear to wear. She doesn’t need good gear to be even more effective.

Verdict: Max and pair her with Fina for an unstoppable healing team.

Update: Since Roselia’s update to 6-star her stats got a good increase and she now has a nice setup of traits to pull from. Her magic remains the same keeping her a great healing unit.

She still has the mundane Trust Reward but that really isn’t that big of an issue. Roselia makes a much better 6-star than a 5-star and is still one of the better healers there is.

Roselia is neutral to all elements and status effects.

She can wear 3 different weapons and light armor.

A white mage born from the land that would come to be known as Mysidia. Due to her father’s influence, she never developed a healer’s compassion and was interested only in research for research’s sake. She realized this too late as she succumbed to a plague that ravaged her homeland, her bitter regret bringing her back as a vision. 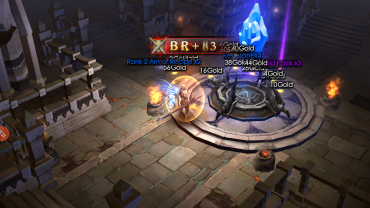