Shine is a 6 star character with very well rounded stats and a decent Trust Master. Shine is a Physical Damage character and plays the role in an interesting way.

Most of Shine’s abilities are built around dealing physical damage as you’d expect. But some of them are built to amplify it in different ways.

Noir Attack is a good example cause it dishes out damage but also has the chance to blind an enemy. Assassinate is a good one too just having a flat out chance of 50% to instant KO any target.

Also with Shine having the skill Hide it gives her a good stall factor letting her disappear for 3-5 turns giving her time to either recover or buff. Mirage giving the same effect from it negating 2 physical damage attacks.

For a Physical Damage character, Shine could easily be played as a Tank of sorts. Not really built to front line and soak but damage but she can definitely take some hits with no harm cause of Mirage and use Assassinate for that 50% instant kill.

Her final skill Into Darkness is pretty good in itself dealing dark physical damage and a 100% critical blow to the target. So adding the dark element onto the damage plus the guaranteed critical is a great addition to her damage output.

Even her limit burst Research has the same added helpful effects. Dealing heavy physical damage and having a high chance to inflict blind on the target.

Shine’s downfall comes in the area of her equipment and Trust Master. Her Trust Master is quite decent and that 10% chance to negate all physical damage is nice to have.

The chance rate is to low for it to make any real difference especially with her having a skill like Mirage. And her equipment is nice weapon wise it’s her armor that brings her down.

Having access to no real defensive armor really limits Shine’s play ability. With out a good build for defense she can be brought down just as quickly as she can bring down others.

Verdict: A decent 6 star and worth some investment

Shine is neutral to all elements and status ailments.

A maid who works for the emperor of Zoldaad, the empire that forever burns bright. A callous woman, in truth she is an expert at retrieving confidential information that she then shares with the rebel army opposing the empire, or with whomever pays enough money to procure it. Shine is actually one of the many false identities she has created over the years to carry out her business. 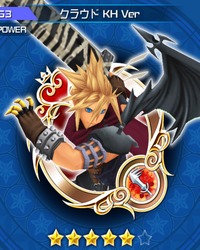