Reberta is a 6 star unit that plays the Physical Damage role. Being a Dragoon character she carries physical damage very well.

Her stats are rounded nicely to fit her role and her skills are just good enough to make her viable. Her equipment is rather limited but what you’d expect for a Dragoon to have.

Now most of her skills are all for damage dealing, some with a little flair adding elemental damages into the mix. But she’s also got a few abilities that let her support herself when needed.

Recovery Jump is one of her best skills because it recovers some HP and MP while dealing damage at the same time. She also has some good ability combo capabilities with her elemental attacks.

The ability Mystic Thrust allows Reberta to set up some pretty heavy damage in a consistent flow. By using either Ice Breath, Lightning Breath, or Fire Breath then using Mystic Thrust right after you can dish out some seriously harsh damage.

Same for her final skill Crimson Death. Use it after Jump, Recovery Jump, or Raging Thrust and its damage is boosted.

So to Reberta’s point she is a great physical damage character with a good skill lay out and stats matching her role. Nothing extremely special but nothing to ignore either.

Verdict: A great Physical Damage unit and a fun one at that

Reberta is neutral to all elements and status ailments.

Reberta can equip 3 weapons and 6 armors

A female dragoon appearing on battlefields throughout the world. She has been incredibly successful over many a battle. Attacking from high above, riding atop her red dragon as she brings death to those below, she has come to be known among mercenaries as the “Crimson Death.” On the other hand, she believes strongly in strengthening the bonds between dragons and humans, and though she loves them very much, she is not opposed to punishing those who step out of line. She has an incredibly strong bond with the dragon she travels along with. 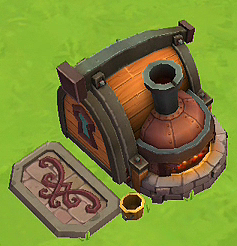