Sozhe is a 6 star character that plays dual roles of Physical Damage and Tank. And the way he’s built really lets him play both those role to their fullest potential.

We can start with his stats which are great for what he’s meant to be used for. His ability to deal damage is great and to take damage is just as good.

As for his skills he’s pretty much outfitted to take all the aggro and wipe the floor with any targets in range. He’s a heavy damage character and it quickly shows.

With moves like Provoke and Defense Order he can pretty much be the wall of the party. Boosting his defense and taking all the aggro while everyone else lays waste to the enemies.

On the same theme though he can use Boulder Stance to boost his Strength then unleash with his damaging skills. Sieg Zoldaad and On Fire are two great skills he has that can be utilized with that strength boost.

Sozhe is also outfitted with strictly Fire element, even having two Fire spells at his disposal. So element wise he is one of the better Fire damage type characters to date.

Not to mention his equipment range is amazing. He has so much range to be built in several different ways it just adds to his effectiveness to play dual roles.

His final skill just shows the great damage with its ability to dish out heavy Fire damage and its chance to paralyze enemies. Adding it all together and Sozhe is a major force to be dealt with.

Sozhe is neutral to all elements and status ailments

Sozhe can equip 10 Weapons and 7 Armors

The ruler of the Zoldaad Empire. By the time that Rain and his companions visit his nation, Emperor Sozhe has already begun using the overwhelming power of his army to run the empire as a dictatorship, causing civil unrest in the process. Whereas the reasons behind his sudden and forceful implementation of a dictatorial regime remain a mystery, he was once known for his efficiency in ruling Zoldaad, despite its lack of natural resources. 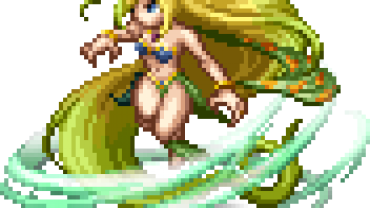