Terra is the best when it comes to dealing magic damage and reviving dead allies. She is also a versatile mage. Let’s go over some of the magic skills that she possess.

She is able to learn high level white and black magic. Cura, Firaga means she has AoE heal and AoE fire damage. Raise means she can revive dead allies, which is very common when fighting tough bosses. She also knows Graviga, which is unlocked at 5 stars(level 75), which comes in handy against high health monsters. Dispel is great against self buffing bosses and monsters.

Her limit burst is AoE physical damage, so she adds another damage type and makes her even more versatile. The best magic Ultima is also her trust reward, so its a win win situation for using her until you get her trust to 100%.

Her health isn’t the highest, but is good enough for a mage. But her defense is weaker than knights or any front line tank, which is to be expected. The only thing that I feel she lacks is other elemental damage such as Blizzaga/Thundaga, which you can equip via Trust Rewards or an Esper.

Her armor selection is bad, as she can only wear clothes and hat. The saving grace is that she can equip a shield. Aside from these minor disadvantages, Terra is a magical powerhouse that you should use if you want to replace Fina.

Verdict: Max her and pair her with Fina for a nice mage team.

Terra is neutral to all elements and status effects.

Terra’s weapon selection is okay, but lacks defensive options with only light shield, hat and robe.

Do Awakening Materials – ADV for Esper’s Tear. Wolfsgang Peak Exploration will also drop the rarer materials if you have a good team to farm there.


A woman who appears in tales from another world, where she played a role in the great conflict between humankind and espers. She was born possessing magic; the child of a union between an esper and a human woman. After being controlled by the Gestahlian Empire for most of her life, she finds herself nearly robbed of emotion. She tries to serve as a bridge between espers and human, but cannot quell the anxiety she feels at being unable to understand the “love” that other people experience. Only after the world is destroyed and it falls to her to care for the orphans left behind destruction does she begin to understand what love is. 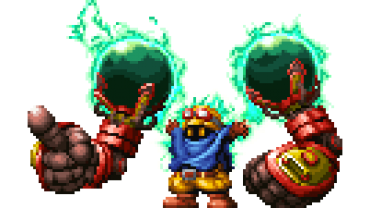