Werei is a 6-star unit that plays the physical damage role and he is mighty good at it too. His stats are well rounded especially in health and attack which is important.

Werei is set up with a good skill lay out that focuses on dealing damage, obviously. He also has an Earth element added to him for that extra coverage.

Power Slash is one of his better moves dealing damage and increasing his attack by 50% for 3 turns. Utilizing that as much as possible will make Werei a real heavy hitter.

Doublehand and Power Slash are a good combo if Werei is using a single handed weapon. Having both gives him a full 100% attack buff which is extremely good for his damage.

He can really be set up to act as a monster in a fight dealing insane damage and having no issue in staying alive. It’s all about how his skills are used and his equipment.

Which his equipment isn’t half bad either. He has a good selection of weapons and armors to pull from which give him more variety and use as a character.

Verdict: A good damage dealing character. If you’re looking for a unit with good health and attack I highly recommend.

Werei is neutral to all elements and status ailments.

Werei can equip 6 weapons and 8 armor.

The eldest living Galkan from the distant world of Vana’diel. Once a famed swordsman who had carved out a name for himself, he also taught his ways to Pagdako, whom the humes referred to as the “Iron Eater.” After losing their previous leader in “the Storyteller” Raogrimm, it is said that Werei served as the spiritual pillar for his people for the next 30 years. 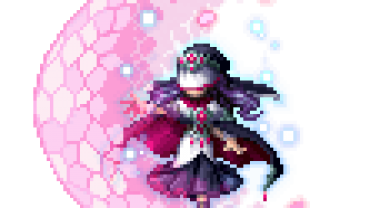