Bartz is the main character in FF5. Bartz mainly specializes in single target damage and the ability to heal while walking in exploration dungeons. His best skill is definitely barrage, which allows him to attack 4 times randomly. This skill works the best against bosses. He is also quite versatile in magic and can learn all 3 types of mid level magic(black, white and green).

He is one of the rare characters with entrust. So if you want to exchange his limit burst with another character’s limit burst, he will be the best candidate. Most people will really want his Trust Master Rewards. The Doublehand increases damage by 50% when equipping a sword, katana, axe, or hammer. That will sky rocket his single target damage, making him even more devastating against bosses. Pair him up with people that can poison or paralyze a boss and you have a very deadly boss killer.

He doesn’t have any AoE attacks, making him less of a priority for most dungeon maps. But for harder maps and bosses, he does well due to Last Stand and Auto-Potion.

With his newly found powers by being a 6 star, he can now utilize wind element type barrage called Gale Barrage. It is a stronger version of barrage and does good damage. If you want another strong single target attack, you got Wind Shear, which has a 5.4x multiplier. Coupled with some stat boosts, Bartz is now a much stronger attacker.

Verdict: Max him alongside ExDeath and Chizuru for some serious damage!

Bartz is neutral to elements and status ailments unless you equip an esper.

Bartz’s equipment selection is the best. He can wear most weapons and armor. That makes him extremely versatile and easy to gear.


A young man who appears in tales from another world, where he was involved in the war of the Crystals. Following in the footsteps of his father Dorgann and Galuf, Bartz set off on a journey to rid the world of the ancient warlock Exdeath, who seeks to rule the world with the power of the Void.

He had always been a positive influence in the party, always adamant in his quest to save the world. However, he lost all composure when his hometown of Lix was swallowed by the Void at the hands of Exdeath. His rage ended up destroying the airship he and his companions had boarded. 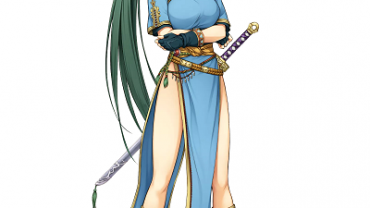